Story and Photo by Amy Falkofske

Marcus Williams is only three-years-old and has already read 1,000 books! That’s with a little help from his mom, Trisha Williams of Haymarket, of course. 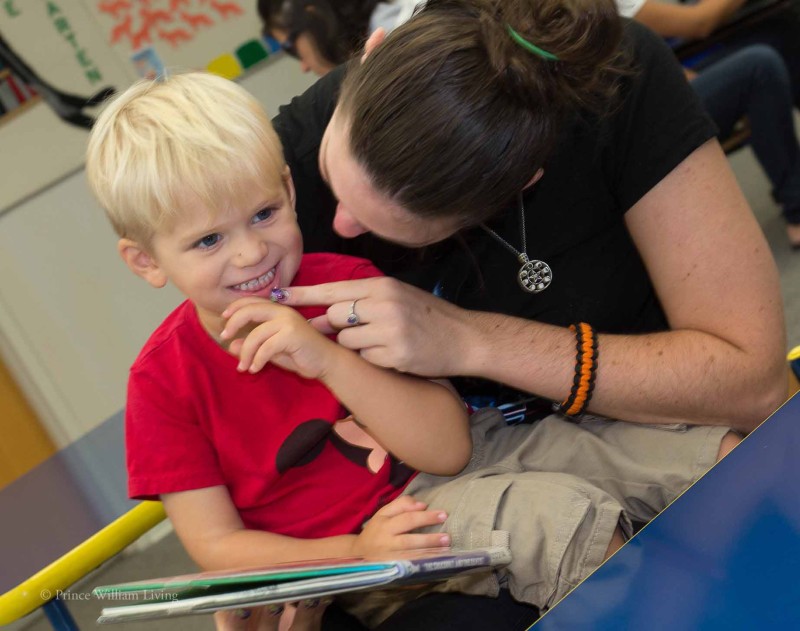 Williams enrolled Marcus in the 1000 Books Before Kindergarten program shortly after it made its debut in the Prince William Public Library System this past April.

Williams signed Marcus up for the program at the Bull Run branch in Manassas because she and Marcus were already active patrons of the library, participating in story time and just generally spending a lot of time there.

“We love all the programs that the library does,” she said. 1000 Books Before Kindergarten is a national program whose mission is to “promote reading to newborns, infants and toddlers” and “to encourage parent and child bonding through reading” according to 1000booksbeforekindergarten.org.

According to Bryanna Altman, president of the Prince William Public Library System Foundation which funds the program, the concept is simple.

“Read a book—any book—to your newborn, infant and toddler. The goal is to have read 1,000 books before starting kindergarten. If you read one book a night, you will have read about 365 books in a year. That is roughly 730 books in two years and 1,095 books in three years,” Altman explained.

She also pointed out that the program makes it fun for the kids by rewarding them at certain points in the program with such items as a bookmark, a small toy and a book of their own.

“The program helps make it exciting. When a child reaches a milestone, then can earn rewards from their local library,” she said.

Marcus has earned all of his rewards and loves to point to the different badges that he has gotten and that are on display on the wall at the Bull Run Library.

Altman says the program has caught on very quickly. Currently, close to 900 children are signed up for the program in Prince William, and close to 300 children signed up just between June and July of this year.

“I think it’s wonderful!” said Williams. “Reading is a lost talent apparently. So many people either don’t appreciate
reading or were not introduced to it at a young age. Books are just so magical!” she said. 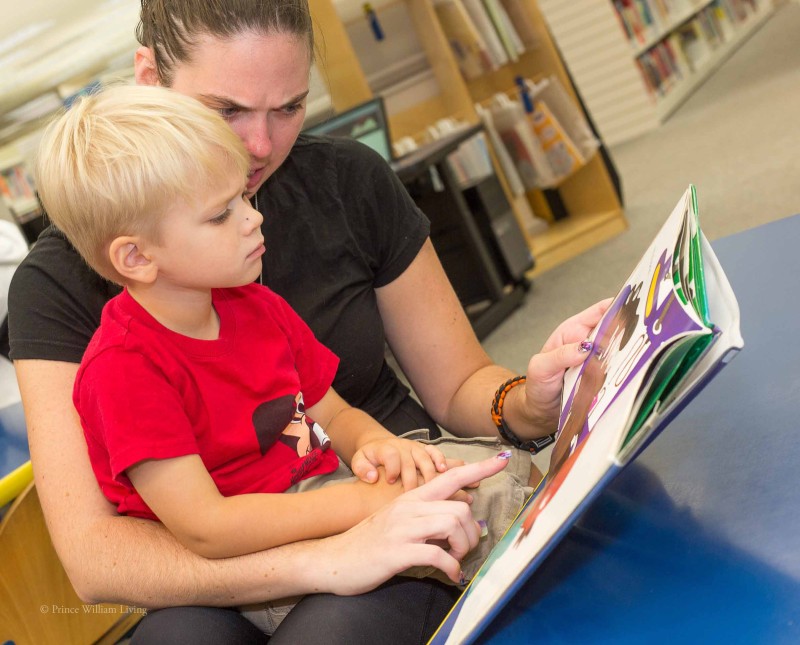 Williams signed Marcus up for the program because, she said, “I just wanted him to get into it, to appreciate it…and [it]gives him such a head start and a push to be better in school. “

All 10 branches of the Prince William Public Library System participate in 1000 Books Before Kindergarten. So, if you are interested in signing up your preschooler, all you have to do is walk into your local Prince William library, and they will “provide you with all the tools needed,” according to Altman.

Anyone with a small child is eligible to sign up and will receive a reading log to keep track of the books they read. The log has numbered acorns on it that the parents can check off or the child can color.

One great thing about the program is that repeat reading counts. Marcus’s favorite book, according to his mom, is “The Lady with the Alligator Purse” by Mary Ann Hoberman. His second favorite is “Brown Bear, Brown Bear, What Do You See?” by Eric Carle.

Altman summed up the benefits of the program: “Parents and caregivers play a critical role in early childhood development. It’s important for children to develop literacy skills before entering kindergarten. These are skills they will develop and carry with them for a lifetime.”

Amy Falkofske ([email protected]) is a freelance writer and the owner and photographer of Beautiful Moments by Amy Photography. She lives in Bristow with her husband and two sons.