Contributed by the Office of Delegate Richard Anderson 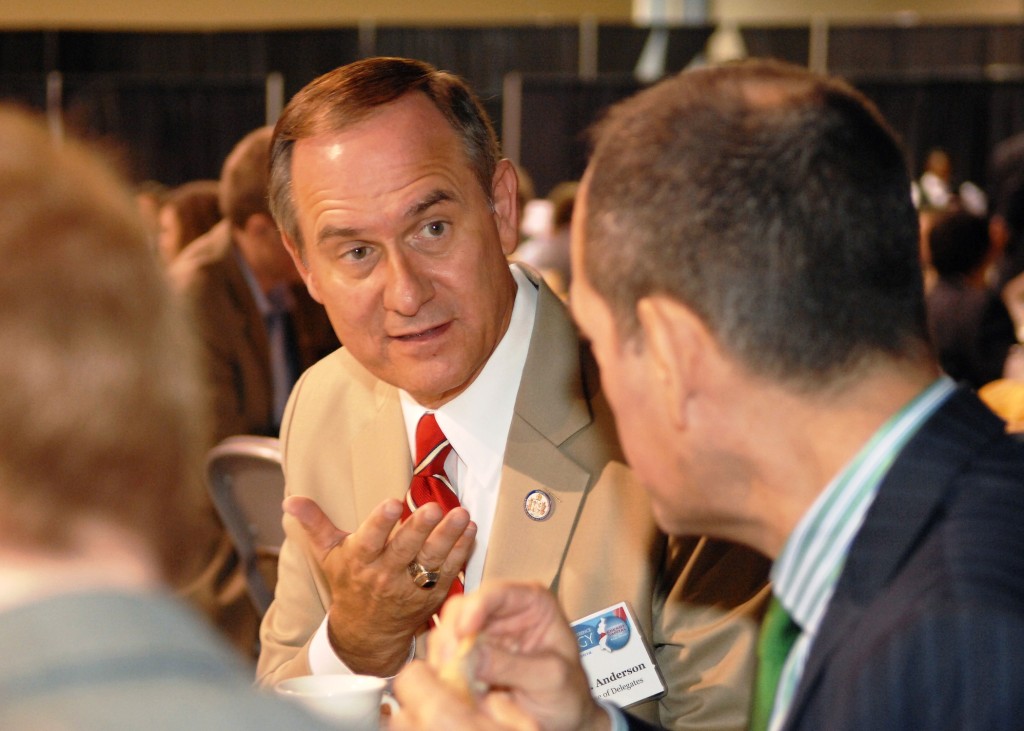 “…Rich is a pro-business leader…we appreciate his support”

Woodbridge, VA – Earlier this week, TechPAC, the political action committee of the Northern Virginia Technology Council (NVTC), announced its endorsement of Del. Richard L. Anderson (R-Prince William) for reelection to a third term in the Virginia House of Delegates.

In making the announcement, TechPAC Chairman Dendy Young, chairman and CEO of McLean Capital LLC, stated that “We are pleased to endorse Del. Rich Anderson for re-election to the House of Delegates.  Rich is a pro-business legislator and we appreciate his support of policies and investments that grow technology jobs and businesses across Virginia.”

The endorsement follows those that Anderson has received from others in Virginia’s business and technology communities, to include a grade of “A” by the Virginia Chamber of Commerce, the statewide voice of thousands of Virginia businesses.  In addition to the TechPAC endorsement and high marks from the business community, Anderson has been endorsed by the National Federation of Independent Business (NFIB), known as “The Voice of Small Business,” as well as the Virginia Association of Realtors, Virginia Farm Bureau, the Virginia Credit Union League, and a number of public safety organizations that represent Virginia law enforcement agencies and fire and rescue personnel.

In addition, Virginia’s community of military veterans has largely supported Anderson as a 30-year Air Force veteran who now chairs the General Assembly Military and Veteran Caucus that represents 830,000 veterans in the Commonwealth. Together, Anderson and his wife, Ruth, served a total of 51 years in the uniform of the country.  Anderson was recently selected by Virginia disabled citizen organizations as their “2013 Legislator of the Year” for his work and support of people across Virginia with developmental and intellectual disabilities.

TechPAC Chairman Young emphasized the importance of his organization’s endorsement, saying that “It is important that we send delegates to Richmond who will support technology business…[to]advance policies and investments to grow technology business, promote job creation, and enhance Virginia’s status as a global technology center.”

In response to TechPAC’s announcement, Anderson stated that “I’m pleased to stand with Virginia’s business community in building our state economy through a pro-business climate, which was a primary driver behind Virginia’s designation last month by Forbes.com as ‘The Best Place in the USA for Business.’  Over the last four years, the Virginia General Assembly has worked arm-in-arm with businesses to make our Commonwealth a model for the nation.”

Anderson concluded by saying that “during my Air Force career, I worked closely with the Northern Virginia technology and business community in building combat and technology partnerships with countries throughout Asia and the Pacific. Over the last four years, I’ve enjoyed my continuing partnership with technology companies across Virginia through my membership on the House Science and Technology Committee.”