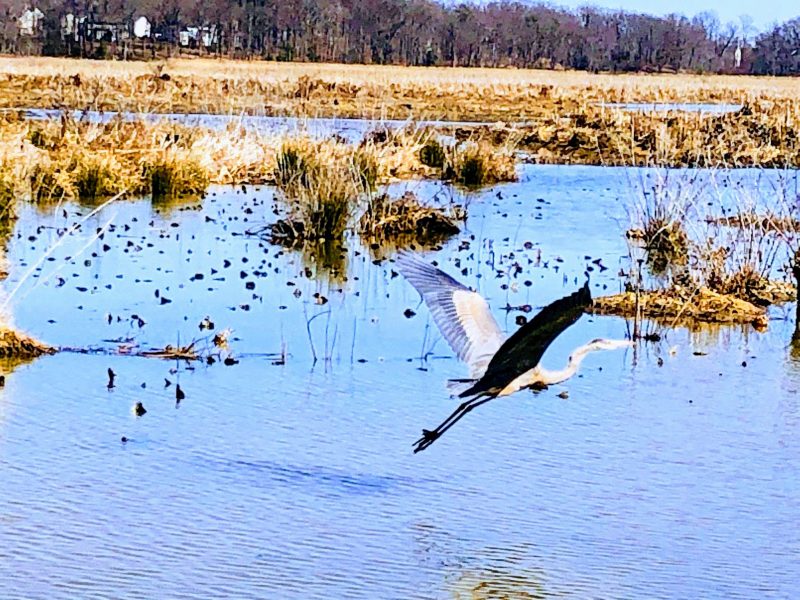 “For me, the boardwalk represents a physical connection between the hustle and bustle of everyday life and the solitude and peacefulness of our environment,” Frank J. Principi, senior advisor for the National Academy of Public Administration who championed the creation of the boardwalk when he served on the Prince William County Board of Supervisors. “The near mile – landing to landing – structure connects us to the dynamic habitat of dozens of fish, birds, and other animals we have a duty to protect and foster.”

The boardwalk is the brainchild of David Brickley, former state legislator, Virginia Department of Conservation and Recreation director, and current chair of the Prince William Trails and Blueways Council.

“I am avid hiker and was hiking in New Jersey when I came across the Pochuck Creek boardwalk, which is over a mile long,” he said. “And the idea came to me that it would make a wonderful boardwalk across Neabsco Creek.”

He was quite familiar with Leesylvania State Park, as he’d sponsored state legislation creating the state park and had been involved with its development since 1978. And when he crossed the Pochuck boardwalk, he said he immediately envisioned a boardwalk that would not only connect the Leesylvania park, but also offer residents a place to appreciate the wildlife, our environment and provide an outdoor learning space for the region’s schools.

“In 2010 when I was first chairing the Trailways and Blueways council, I brought the idea to then-supervisor Frank Principi,” he said. “He immediately bought into it and over the years did a marvelous job marshaling the county forces to make it happen.”

The boardwalk is part of the Potomac Heritage National Scenic Trail, which was established by Congress in 1983 designating an 800-mile trail network stretching from the Allegheny Mountains in Pennsylvania to the Chesapeake Bay in Virginia.

“Prince William County plays a marvelous role in the trail,” Brickley said. Hikers leave Fairfax County and enter into the town of Occoquan, then travel through Belmont Bay, into the Occoquan Bay National Wildlife Refuge, and then continue to Veteran Memorial Park, through the Featherstone National Wildlife Refuge before heading up Neabsco Creek to historic Rippon Lodge, and then toward the boardwalk. The trail continues into Dumfries, through the Prince William Forest Park, past the National Museum of the Marine Corps and ends at Locust Shade Park.

“It is a trail network that Prince William County Parks and the Trails and Blueways Council have been spending a lot of effort in connecting the gaps. It will be one of the finest segments when it is finished.”

And the boardwalk, which is ADA compliant, is a highlight along the trail, he said. 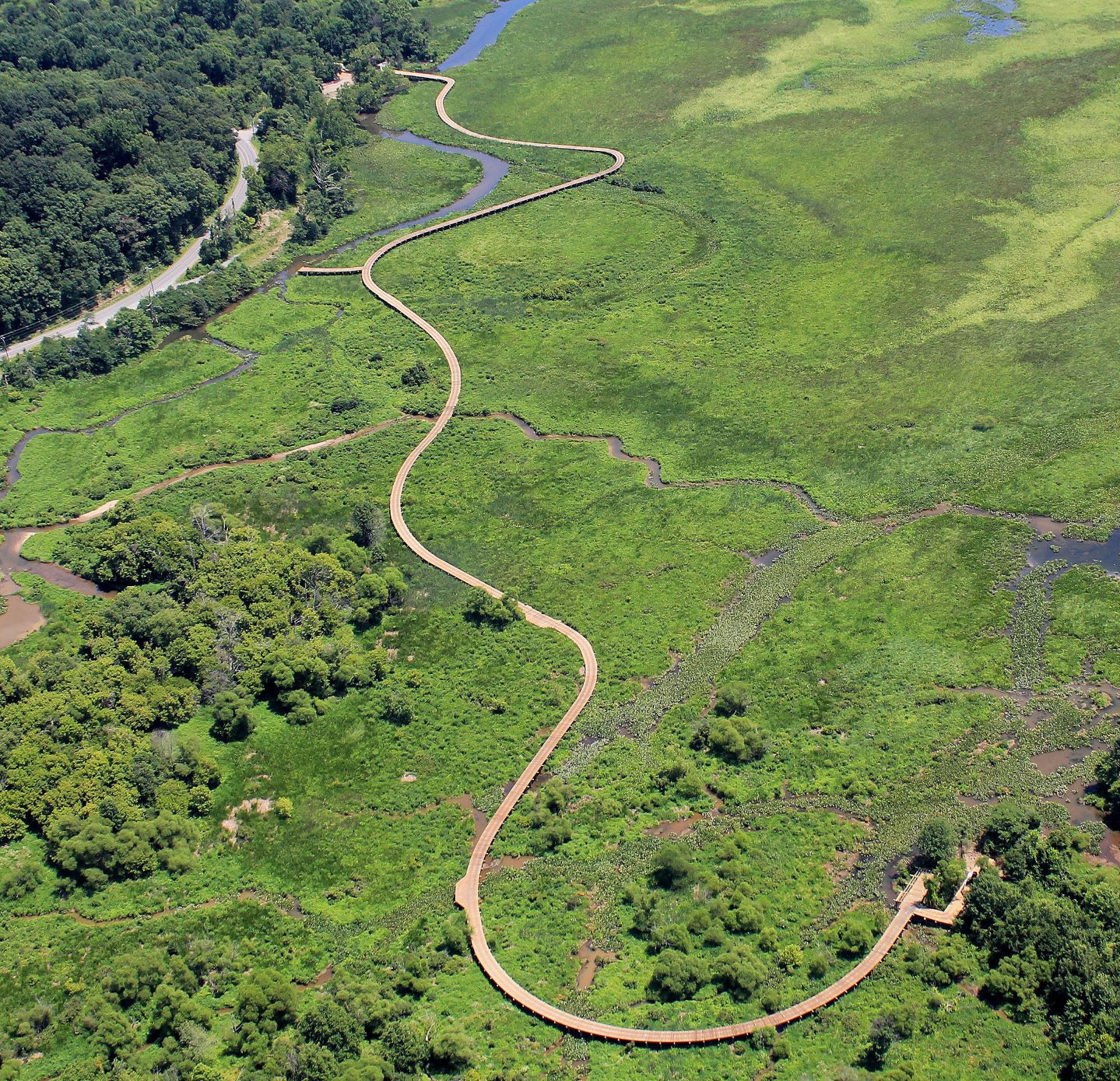 “The Neabsco Creek boardwalk has got be one of the most beautiful boardwalks in Virginia, if not the east coast,” he said. “It is truly a project of national significance. My hope for Prince William County is that our trails and greenways, not only along the Potomac River but throughout the county, will be that special niche and the reason people move to the county and executives bring their companies to Prince William.”

Brickley said the entire trail network should be completed within about five years. And he’s hoping this is not the last boardwalk in the region.

“One of my visions is to build a companion boardwalk connecting the south side of Leesylvania State Park, crossing over Powell’s Creek going into the Potomac Shores development,” he said. “After the success of the Neabsco Creek boardwalk, hopefully everyone will be onboard with the idea of a Powell’s Creek boardwalk. Our excellent new Woodbridge District Supervisor Margaret Franklin has shown her support. ”

The boardwalk is located at 15125 Blackburn Road, Woodbridge. It is open daily from dawn to dusk.