Academy of St. Martin in the Fields Chamber Ensemble brings its exceptional musicianship, flawless technique and rich, polished sound to the Hylton Performing Arts Center in Manassas for the first time for a magnificent afternoon of classical music on Sunday, May 3, 2015 at 4 p.m. A pre-performance discussion, free to ticketholders, begins 45 minutes prior to the performance in the Hylton Center’s Buchanan Partners Art Gallery. Novant Health is the 2014-2015 Hylton Presents Season Sponsor.

Featuring several configurations of the ensemble from six to eight players, the afternoon’s program includes Brahms’ String Sextet No. 2 in G major, Op. 36; Shostakovich’s Prelude and Scherzo for String Octet, Op. 11; and Mendelssohn’s Octet for Strings in Eb major, Op. 20. Brahms was in his early 30s when he wrote his sextet, while Shostakovich and Mendelssohn were still teenagers when they wrote their respective works. 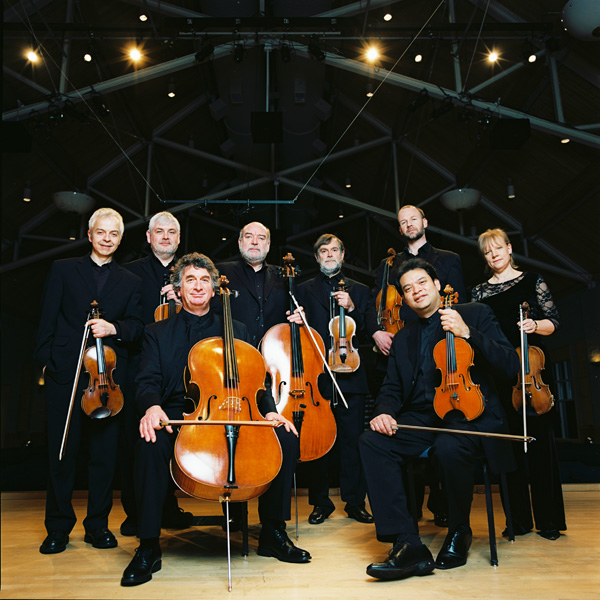 For more information on Academy of St. Martin in the Fields Chamber Ensemble, please visithttp://www.asmf.org/about-us/chamber-ensemble/.

Tickets for ACADEMY OF ST. MARTIN IN THE FIELDS CHAMBER ENSEMBLE are $50, $43 and $30. Youth Discount: tickets are half price for youth through grade 12. Visit the ticket office (open Tuesday through Saturday, 10 a.m. to 6 p.m. and Thursday, 10 a.m. to 8 p.m.) or charge by phone at 888-945-2468 or visit HyltonCenter.org. The Hylton Performing Arts Center is located on George Mason University’s Prince William Campus at 10960 George Mason Circle, Manassas, Va., 20110. Free parking is available in the lot next to the Hylton Center. For more information, please visit HyltonCenter.org. Like us on Facebook at Facebook.com/HyltonCenter and follow us on Twitter and Instagram at @Hylton_PAC.