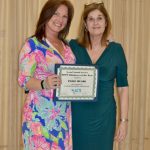 One in five women and one in seven men will be raped at some point in their lives, according to a 2010 Centers for Disease Control and Prevention (CDC) report ‘National Intimate Partner and Sexual Violence Survey.’ The statistics for children are even more stark with one in four girls and one in six boys sexually abused before they turn 18 years old! As a local nonprofit working within the Prince William County community, ACTS Sexual Assault Services is there to provide help, assistance and support no matter when a victim seeks it out.

Whether a victim needs help immediately following an assault, or months or years down the road, ACTS has trained staff and volunteers to help support and answer questions regarding reporting options with law enforcement, seeking medical care, and counseling services. Available at any time of the night or day for those who are in crisis, ACTS Sexual Assault Services help people take the next steps in their lives after an assault.

ACTS Support Comes in Many Forms

ACTS Sexual Assault Services also provides support through its 24/7 hotline. The non-profit also offers individual and group support with Sexual Assault Specialists providing education and tools to help people regain control and power over their own lives. Services include crisis intervention counseling for 12+ years of age and support groups are held weekly for both teens and adults. All counseling services are free of charge and confidential.

Knowledge is power in every aspect of life and ACTS Sexual Assault Services is right up there when it comes to helping people defend themselves against an assault. Rape Aggression Defense (RAD) classes are provided by ACTS Sexual Assault Services to help teach self-defense. Held over three evenings for a period of four hours each night, people learn how to defend themselves, feel safer and more confident if faced with an assault.

Darkness to Light’s Stewards of Children sexual abuse prevention training programs are also available for a nominal fee. This two-hour class can be customized for parents, community members, school staff or allied professionals.

The Statistics Are Shocking but Getting Better

Every 92 seconds an American is sexually assaulted, and every 9 minutes that victim is a child. Meanwhile, only five out of every 1,000 perpetrators will end up in prison, according to rainn.org, the nation’s largest anti-sexual violence organization.

With a mission to instill hope, provide relief and to promote self-sufficiency for our neighbors in crisis in the Greater Prince William area, ACTS is working towards creating a community where no one goes without or suffers alone. Through the services and programs we offer, we believe while people may come to us in crisis, they will leave filled with hope, concrete relief and the tools to succeed without us.

Olivia Overman (ooverman@princewilliamliving.com) is a freelance writer for both online and print organizations. She earned a M.A. in Journalism and Public Affairs from American University, Washington D.C.