Theaters across the country have had a tough time in the last year. Most have had to close for at least some period of time because of the pandemic and are struggling financially. Many had to get creative to reach and keep their audiences. For some area theaters, this creativity meant crafting performance space on a virtual platform.

“In the beginning, when we first launched into this brave new world last April 2020, there was a huge learning curve for all involved — artists, production crew, marketing staff and patrons. We were all forced out of our comfort zone pretty quickly,” said Adrienne Bryant Godwin, Hylton Performing Arts Center’s Director of Programming.

Over at the ARTfactory in Manassas, they found reinventing theater for this new platform “has been an experiment in innovation,” said Anne Ridgway, Theater Arts Director. “With this new way of presenting theatre, we have had to learn to adapt to the challenges of virtual productions,” she said.

Those challenges have ranged from budget constraints to safety constraints. Actors and directors have also had to adjust.

Because of COVID-19, theaters still require masks and social distancing during filming. As a result, “Actors have had to learn to work on enunciation and projecting their voices to improve sound quality. They are also learning to act with their entire body instead of relying on facial expression for developing their
character,” Ridgway said.

Theaters also face the challenges of what to perform and how to present it. “Due to rights and royalties restrictions, the most popular plays and musical theatre shows are unavailable for theatre companies to film or live stream productions,” Ridgway said. “Hiring video services and utilizing new streaming services
may be unaffordable for small theatre groups, especially in the current economic climate.”

Up until the pandemic, the center had not considered hosting performances on a virtual platform. Now they are. “We do have a series of one-act plays by Anton Chekov that we are producing virtually. We are in the middle of how that online platform will happen,” he said. 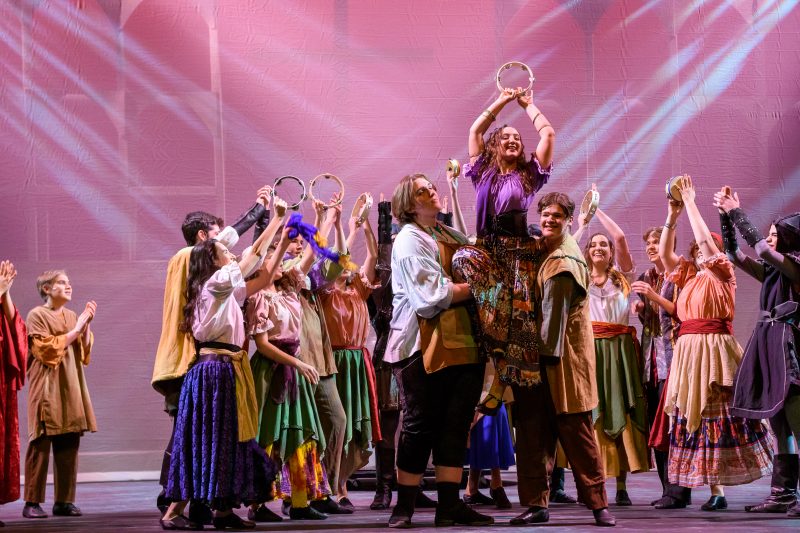 Hadley Scott as Esmeralda from Artfactory’s “Hunchback of Notre Dame”

Although there are still many things to be worked out, one thing Wallen realized is that the Zoom platform they have used allows for actors and directors to be in different locations and performing together. “Our director can be in Rhode Island and the actors are all around the D.C. area, but there’s no reason why you couldn’t have an actor in New York, California or Iowa be in the show.”

Virtual platforms not only increase opportunities for performers but also allow them to expand to new audiences outside of their physical performance spaces. Signature Theatre in Arlington discovered that although most of their ticket sales for online performances are coming from the D.C. metro area, they have
sold tickets in every state except Arkansas and North Dakota, as well as Washington, D.C. and Puerto Rico.

“We have also sold tickets to our mainstage Signature Features series to people in 14 countries on five continents including China, South Africa, Thailand, Spain and the Netherlands,” said Jen Buzzel, Signature’s Director of Marketing and Sales.

Workhouse’s Wallen also sees the potential. “It opens a different door for audiences. It makes you think about your audience reach a little differently,” Wallen said. He noted they are even considering continuing virtual performances after they can hold performances at the center. “It may not be appropriate for every
project, but it is something to take into consideration.”

First, however, they need to get the proof of concept down. That means tracking ticket sales and social media to determine how large an audience they are reaching and their responses to the performances. They want to make sure that it is also financially viable.

Synetic Theatre based in Arlington is using a “digital stage” to reach new audiences as well, especially those who may have been prevented from going to a theater in the past because of accessibility issues or cost. Patrons have several options to fit their budgets: single film rentals, monthly subscriptions or annual subscriptions. “We are able to bring our performances into their homes,” said J.P. McLaurin, Synetic Theater Associate Producer.

Like many theaters, virtual productions are new to Synetic. Before the pandemic, the theater just offered tickets and links to closed videos, McLaurin said. In the last year, Synetic has dabbled in digital productions and is looking toward future film making. They are also trying to refine the user interface by using a streaming platform, which they want to make user-friendly and like what patrons are familiar with. To better understand what those patrons need, Synetic is hosting focus groups and talking to people across the country who are creating streaming content.

Although Synetic doesn’t want to replicate the exact theater experience of getting a ticket and walking into a theater, they are still trying to define what that experience will be, McLaurin said. “What is this new way of theater going? And is it even theater going? I don’t know,” he said. “It’s opening a door for lots of new exciting possibilities.” 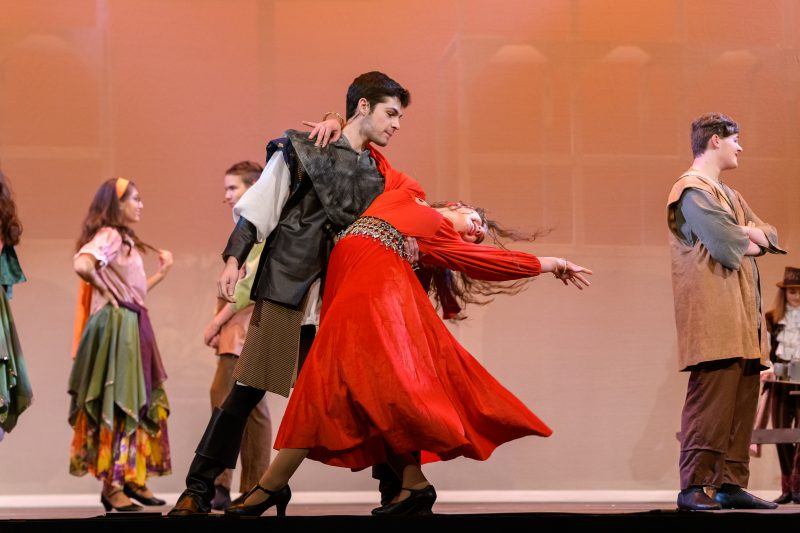 Dim the lights, silence your phones (or not) and check out these theaters from your own couch.
ARTfactory
What’s Playing:
Opera production of “Suor Angelica,” which was filmed at the Benedictine Monastery. Expected release is summer 2021.
Virtual Summer Series from 2020, which includes “Pandemic” and “Bottom’s Dream.”
How to Access: Go to virginiaartfactory.org/from-the-artfactory-to-you/.
Additional Information: virginiaartfactory.org/

Hylton Performing Arts Center
What’s Playing: Pre-recorded and livestreamed digital performances, but no offerings announced as of March for the summer season
How to Access: Go to hyltoncenter.org/ticketsevents/paid-digital-performances; other methods available at gmu.mylivenow.net/how-to-troubleshooting/.
Additional Information: hyltoncenter.org/

Synetic Theater
What’s Playing:
“The Adventures of Peter Pan”
“The Phantom of the Opera”
“The Decameron,” including “Malattia” and Marina”
How to Access: Go to syneticstreaming.uscreen.io/ streamed on computer or watch using the Synetic Streaming App on Apple TV or Roku device.
Additional Information: synetictheater.org/

Workhouse Arts Center
What’s Playing: Virtual cabarets on their website
How to Access: Go to workhousearts.org/performing-arts/.
A streaming service will be available in the future.
Additional Information: workhousearts.org/

Carla Christiano (cchristiano@princewilliamliving.com) is a native of Prince William, admitted history geek and a technical writer for SAIC.