Provided by the Academy of Russian Ballet 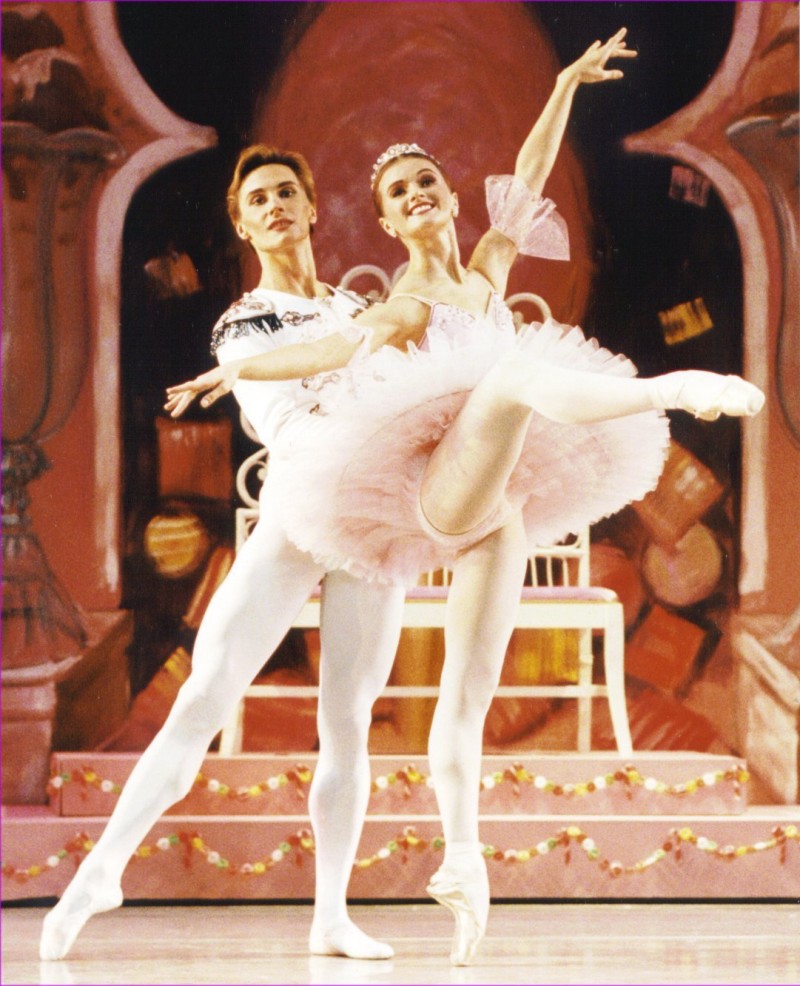 The Northern Virginia Youth Ballet (NVYB) and its affiliate school, The Academy of Russian Ballet (ARB) are pleased to announce that International Ballet Super Stars Irina Dvorovenko and Maxim Beloserkovsky will guest in their ninth annual production of “The Nutcracker” on Saturday, November 28, 2015 at the Hylton Performing Arts Center in Manassas, Virginia at 2pm and 6pm.

Ms. Dvorovenko and Mr. Beloserkovsky are former Principal dancers with American Ballet Theatre (ABT) where they performed nearly all leading roles in the company’s classical and contemporary repertoire. Trained at the Kiev State Choreographic Institute in the USSR, they were Principal dancers with the Kiev State Ballet in Ukraine. Ms. Dvorovenko has received many awards and prizes from prestigious international competitions in Moscow, Japan, Jackson, Ukraine including “Anna Pavlova Prize” at the Moscow International Ballet Competition in 1992.  After immigrating to the United States, they immediately joined ABT where they became famed for their dramatic artistry and technical purity on stage. They are spokes models and fashion designers for Bloch Dancewear USA and have modeled for Vogue Magazine among others. Most recently, Ms. Dvorovenko was a guest judge on the hit TV show, “So You Think You Can Dance?”. She will also be featured in the upcoming Starz Channel series, “Flesh and Bone”.

NVYB’s production of “The Nutcracker” is family friendly and adheres to tradition. Sets and backgrounds were produced in Russian theatres and costumes are either custom made in Russia and Europe or by an in-house design team. The 75 local performers joining Ms. Dvorovenko and Mr. Beloserkovsky onstage are students of ARB and range in age from three to eighteen. Guest professional dancers Aleksey Kudrin of Russia and Victor Leo Smith of Australia also join the cast as The Nutcracker Prince and The Mouse King respectively.

NVYB and ARB provides talented area students with professional performing experience, original choreographic pieces, and community arts collaboration. Members of NVYB and students of ARB  have placed top-12 at Youth America Grand Prix eight years in a row, have been voted “Best Performing Arts Group in Prince William County”, have been accepted to acclaimed summer intensives around the country, received traineeship offers with professional companies, and received college scholarships. Two members have been invited to study full time at the Bolshoi Ballet Academy in Moscow, Russia. In April 2013, three members of NVYB/ARB competed at the 2013 Dance Triumph Festival and Competition in Germany.

Tickets are $35.00 for adults, $25.00 for children, seniors, and military. Tickets may be purchased at http://www.hyltoncenter.org/calendar/697/