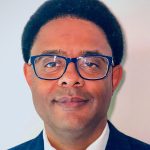 Prince William County Public Schools (PWCS) has appointed Corey Harris as associate superintendent for middle schools. Harris fills the role as a second associate superintendent for middle schools, joining Catherine Porter-Lucas, who also serves in the role. Harris joins PWCS from Boston Public Schools, where he has served as chief of schools/chief accountability officer since 2019.

As associate superintendent for middle schools, Harris, in collaboration with Porter-Lucas, will provide support and direction to the 17 PWCS middle schools, as well as Porter and Pennington Traditional Schools and The Nokesville School, with a total enrollment of approximately 20,000 students. This position serves as a member of the executive cabinet.

Harris has 26 years of experience in instructional and leadership roles across numerous school systems. He began his career as an English teacher for grades 7-12 in Memphis, Tennessee. He subsequently worked as an assistant principal, principal, and senior director in Memphis, Minneapolis, and Dallas. Prior to joining Boston Public Schools, he served as director of middle schools for Des Moines Public Schools.

Harris holds a master’s degree in leadership and policy studies from the University of Memphis and a bachelor’s degree in English education from Rust College.

Harris began his tenure with PWCS on June 6. 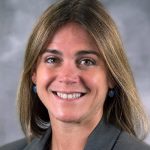 The position of associate superintendent for special education supervises the organization, planning, implementation, monitoring, and evaluation of the Department of Special Education as it carries out its function of providing high-quality, student-centered services to students, families, and schools. This position provides leadership and support to central office and school-based leadership site administrators in the implementation of Division policies and legal mandates related to special education.

Additionally, the associate superintendent for special education is responsible for establishing expectations for quality instructional practices specifically as it relates to meeting the unique needs of diverse learners to advance academic outcomes. This position serves as a member of the executive cabinet. Previously, the position was combined with the role of associate superintendent for student services.

Reyher began her career as a management and program analyst for the U.S. Department of Education Office of Special Education Programs. Following that role, she held numerous educational positions including teacher, department chair, and specialist. Prior to joining Williamsburg-James City County Public Schools, she held the role of director of student services for Poquoson City Schools.

Reyher holds a doctorate in educational policy, planning, and leadership from the College of William and Mary. She also holds a master’s degree in special education and a bachelor’s degree in science from James Madison University. She also holds a certificate in autism spectrum disorder from Virginia Commonwealth University and a certificate in educational leadership and policy studies from the University of Richmond.

Reyher will begin her appointment no later than July 1.