The BMP-1 is a Soviet amphibious, NBC resistant tracked infantry fighting vehicle. The BMP-1 was the first mass-produced infantry fighting vehicle. The West’s reaction to the idea of an armored personnel carrier that could take on heavy armored vehicles was worrisome. Their answer was the development of the Bradley IFV along with Britain’s Warrior and Germany’s Marder. The idea was to combine an armored personnel carrier and a light tank together to fight on a Nuclear, Biological and Chemical (NBC) battlefield where the infantry inside could still fight using firing ports while being protected inside the IFV. It would give the infantry the ability to support the tanks with the same mobility as a tank.
The BMP-1 was armed with a 73mm main gun firing a rocket as well as a Sagger AT-3 anti-tank missile fired from above the main gun on a rail. The main gun had a coax machine gun alongside itself and all the infantry had ports to fire from. After a time, the decision was made to remove the Sagger and add a more advanced anti-tank missile. The AT-4 Fagot and the AT-5 Spandrel were added to the turret roof on a removable mount.
The BMP-1 at the Tank Farm is a BMP-1P in that it is a late model having the Spandrel missile set up and the addition of six smoke launchers on the back of the turret. This BMP-1P came out of the East German Army in the mid-1990s. They are still being used all over the world, and many have been seen fighting in the Ukraine with Ukrainian forces. 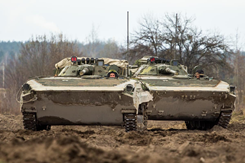 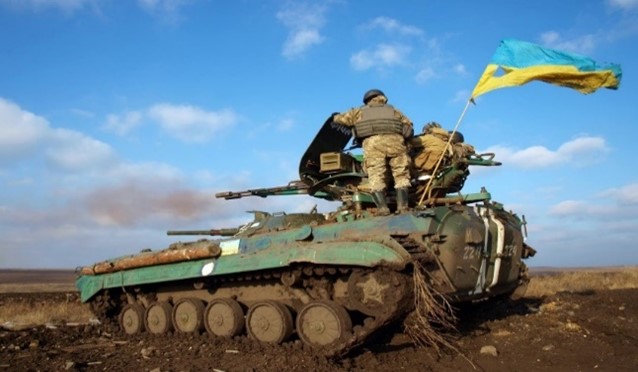