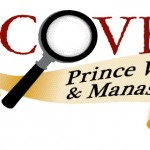 August is Virginia Craft Beer Month – just one of the many reasons for visitors to enjoy Prince William & Manassas this summer. Upcoming events include concerts, festivals and family friendly events for the community and visitors.

Heroic Aleworks is partnering with the Museum of Science Fiction on this special event when they will be a brand, new exclusive beer made for the Museum folks. Also feature sci-fi memorabilia on display, sci-fi trivia contests, special guests, drink specials for anyone in costume, costume contest, and raffles and giveaways throughout the day.

Brew Republic celebrates turning one year old. There will be lots of beer, food, and general merriment to go around.

August 27 – Live Music by Tony M. at the The Winery at Bull Run

The Marine Corps Heritage Foundation is once again hosting a Summer Concert Series at the Museum. The ensemble performs a variety of music ranging from traditional choral music including sea chanteys and patriotic fare, to opera, Broadway and contemporary music

Bring a blanket or a chair, wear your pajamas and bring popcorn and enjoy a great kid-friendly movie outdoors.

Music on Mill is a free summer concert series featuring family-friendly entertainment. Bring a blanket or lawn chair (no tents or pop ups), pack a snack or picnic, and head down to River Mill Park for live entertainment and stunning views of the Occoquan River! All concerts are free and open to the public.

Come out and enjoy the shops and restaurants in Historic Downtown Manassas. Bring your furry friends out for a fun evening.

Enjoy a festive night of pop culture trivia, games, music and more at Rippon Lodge Historic Site. Explore one of the oldest homes in Prince William County, mingle with new friends, try on historic attire, and maybe win a prize.

Author of “Civil War Battlefields”, from the “First Battle of Bull Run” to Lee’s surrender at Appomattox Court House four years later, this book celebrates the history and scenic beauty of these hallowed grounds in a large-format, beautifully produced volume.

For those who have completed the Civil War Basic and Advanced Camps. This camp will incorporate service projects and field trips to sites of historical significance in the area, and gives participants an opportunity to gain a greater understanding of how these sites are remembered and commemorated for future generations.

The Virginia Opera, honored by the General Assembly as the “Official Opera Company of the Commonwealth of Virginia,” presents a program of opera favorites performed by the Company’s talented young professionals of the Herndon Foundation Emerging Artists Program.

Ben Lomond Historic Site was converted into the Pringle House Hospital after the first major battle of the Civil War. Join site historians in a unique opportunity to spend the night in the hospital and learn about the wounded soldiers who were treated there, the families who were impacted, and the effects of the war on Northern Virginia.

Come out for a rare opportunity to dissect owl pellets, learn about different owls, and learn the calls of each local species at Leesylvania State Park

The K-Tigers from Korea come to the Hylton Performing Arts Center as a part of the world tour, featuring K-Tigers’ extreme martial arts performance with a K-Pop live show.

August 12 – National Night Out in the City of Manassas

Join the annual community event held in conjunction with the Manassas City Police and enjoy music, entertainment and fun for the whole family.

This month’s Family Day theme is GIRLS MAKE HISTORY. Spend the afternoon learning about Marine Corps History from 1775 to the present day. Games, hands-on activities, special guests, and crafts will be on hand as well, making this a wonderful family day at the Marine Corps Museum.

Bristoe Station Battlefield staff and volunteers will provide guided tours of the hallowed grounds that contain camps, cemeteries, and battlefields. Learn about Camp Jones and the battles that took place in 1862 and 1863.

Music on Mill is a free summer concert series featuring family-friendly entertainment. Bring a blanket or lawn chair (no tents or pop ups), pack a snack or picnic, and head down to River Mill Park for live entertainment and stunning views of the Occoquan River! All concerts are free and open to the public.

Enjoy an afternoon concert every Sunday in June, July and August! Most of the concerts are local talented orchestras. Free ice cream are served after the orchestra concert.

Bring a blanket or a chair, wear your pajamas and bring popcorn and enjoy a great kid-friendly movie outdoors at the Harris Pavilion in Manassas.

Join Brentsville Courthouse Historic Centre for their 4th Annual Brentsville Movie Night! Enjoy an old movie the way they were meant to be seen! Movie starts at nightfall, featuring “The Count of Monte Cristo”. Bring chairs and or blankets. Concessions will be available for purchase.

Enjoy National Bee Day at Rippon Lodge Historic Site. Learn about honey bees, how they work as a hive, produce honey, how you can contribute to protect these endangered species, and what can be made out of the honey and wax. Taste fresh honey as well.

This camp is designed to put all of the lessons learned in the previous camps into practice as participants enlist in a company, establish a camp and become a soldier in camp for two days through a series of hands on activities and drills.

Explore history through sight, sound, smell and touch through hands-on activities and crafts. Topics vary each month and will include subjects such as farming, textiles, or 19th century toys and more!

This annual event in Historic Downtown Manassas, features keynote speaker Catherine Clinton, re-enactors from both armies, living history demonstrations on medicine, music and games all topped off with the traditional Saturday programs of free bourbon tasting, a dance and the rail car burning at the Museum.

Join Bristoe Station Battlefield Heritage Park staff and volunteers on the 154th anniversary of Thomas J. “Stonewall” Jackson’s capture of Bristoe Station, the precursor to the Battle of Second Manassas. Visit the park on the actual anniversary for a specialized in-time walking tour.

Join Bristoe Station Battlefield Heritage Park staff and volunteers on the 154th anniversary of Thomas J. “Stonewall” Jackson’s capture of the Battle of Kettle Run – the opening round of what would become the Second Battle of Manassas. Visit the park on the actual anniversary for a specialized in-time walking tour.

Enjoy a display of vintage and classic cars on the lawns of Rippon Lodge Historic Site. Cars from 1950 to 1900 are welcome to be displayed.

Join Bristoe Station Battlefield Heritage Park staff for the 155th anniversary of the Battle of Bull Run Bridge– part of the opening rounds of what would become the Second Battle of Manassas.