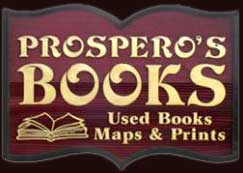 Author Gene Barr will be signing copies of his book, A Civil War Captain and His Lady: A True Story of Love, Courtship, and Combat.

More than 150 years ago, 27-year-old Irish immigrant Josiah Moore met 19-year-old Jennie Lindsay, a member of one of Peoria, Illinois’s most prominent families. The Civil War had just begun, Josiah was the captain of the 17th Illinois Infantry, and his war would be long and bloody. Their courtship and romance, which came to light in a rare and unpublished series of letters, form the basis of Gene Barr’s memorable A Civil War Captain and His Lady: A True Story of Love, Courtship, and Combat.

Josiah’s and Jennie’s letters shed significant light on the important role played by a soldier’s sweetheart on the home front, and a warrior’s observations from the war front. Josiah’s letters offer a deeply personal glimpse into army life, how he dealt with the loss of many close to him, and the effects of war on a man’s physical, spiritual, and moral well-being. Jennie’s letters show a young woman mature beyond her age, dealing with the difficulties at home while her brother and her new love struggle through the travails of war. Her encouragement to keep his faith in God strong and remain morally upright gave Josiah the strength to lead his men through the horrors of the Civil War. Politics also thread their war through the letters and include the evolution of Jennie’s father’s view of the conflict. A leader in the Peoria community and former member of the Illinois state house, he engages in his own political wars when he shifts his affiliation from the Whig Party to the new Republican Party, and is finally elected to the Illinois Senate as a Peace Democrat and becomes one of the state’s more notorious Copperheads.

In addition to this deeply moving and often riveting correspondence, Barr includes additional previously unreleased material on the 17th Illinois and the war’s Western Theater, including Fort Donelson, Shiloh, Vicksburg, and the lesser known Meridian Campaign – actions that have historically received much less attention than similar battles in the Eastern Theater. The result is a rich, complete, and satisfying story of love, danger, politics, and warfare, and it is one you won’t soon forget.