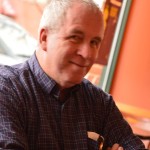 This week I finished reading Harper Lee’s latest, an unpublished prequel that now stands as a sequel to her deservedly iconic To Kill a Mockingbird. Confused? So are a lot of people.

The first half delightfully portrays Macomb, Alabama, in the ‘fifties, complete with relatives (some of whom are “half a bubble out of plumb”), a Methodist congregation that is upset when the organist changes the tune of the Doxology and rituals of food, gossip and social expectation familiar to anyone from the South. Jean Louise (Scout to you and me), home for two weeks on vacation from New York, finds her kin folk fear that the people and culture up there may have warped her sense of propriety and judgment with their strange meddling ways. She takes up where she left off, though, squabbling with her Aunt Margaret, going out with Henry Clinton, her lower class boyfriend, and enjoying the company of Atticus and her uncle Frank. Lee portrays an idyllic (for some) existence with accuracy, sympathy and a kind of acerbic wit that had me laughing out loud.

And then, as hundreds of articles and reviews have noted, it all goes south (no pun intended). She discovers that Atticus has a hateful racist pamphlet in his desk and that he and Henry have gone to a meeting of Macomb’s own “citizen’s council” where an overwrought speaker spews the worst kind of vitriol about blacks. Jean Louise is literally sick to her stomach and, in a series of confrontations, tries to make sense of the changes in the people she has known and loved for years. The degree of her success and the overall outcome I will leave to the reader to discover, but suffice it to say that while Atticus’ rationale is faulty at best, it still is true to what many whites in the South believed at the time.

I believe this important, well-crafted book addresses issues we still contend with today. The characters are loveable and familiar, and while Atticus is no longer the super hero of Mockingbird, his struggles and solutions make him a credible if not sympathetic character. For my money, Watchman is better than Mockingbird, but that’s up to the reader to decide. Let me know what you think.