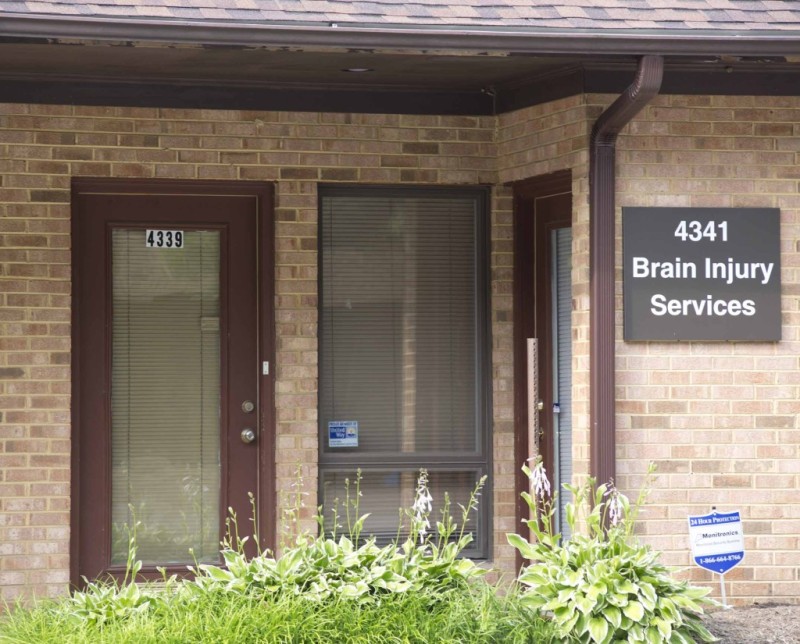 John Hunt, of Manassas, went to bed on Oct. 29, 2005, and woke up two days later in Georgetown University Hospital. Hunt, who was a master mechanic, was paralyzed on his left
side, his left hand clamped shut. He had suffered a stroke. He was only 41.

After months of rehabilitation, Hunt learned to walk and even drive again. It was at the rehabilitation center that he first heard of Brain Injury Services (BIS), a nonprofit organization launched in 1989 as a Fairfax County state-funded pilot program. BIS helps adults and children with brain injuries rebuild their lives.

Today, BIS has five offices throughout Northern Virginia, including the organization’s headquarters in Springfield and an office BIS opened in 2011 in Lake Ridge to serve Prince William.
“We’ve been serving Prince William County for many, many years now. It’s the second largest population that we serve,” said BIS Executive Director Karen Brown.

She said that with a growing waiting list of Prince William clients, BIS opened an office in 2006 at SERVE, the Manassas campus of Northern Virginia Family Service. The office closed in 2008 due to lack of funding, and its two-person staff, separate case managers for pediatrics and adults, served Prince William clients from BIS’s Springfield office, “which helped us save money but limited the scope of services we could provide in Prince William County,” Brown said.

BIS established the neurobehavioral program three years ago with a grant from Potomac Health Foundation (PHF) in Woodbridge and some funding from the United Way. The grants made it possible to open the Lake Ridge office, Brown said.

The neurobehavioral program, designed to help brain injury survivors overcome behavioral issues resulting from their injuries, is the first of its type in Virginia, she said. Susie Lee, PHF director of grant programs, said her private organization awarded the grant to BIS because of the agency’s “innovative approach to neurobehavioral treatment for brain injury in eastern Prince William County. … The program has been very successful.”

Jennifer Ardis, who provides BIS case management services in Prince William and Fauquier counties, said there had been a need for such a program in Prince William for years. “I would see so many people who … were not being properly served,” she said.

The neurobehavioral program requires working “closely and intimately” with program clients, Brown said. Explained Sara Aly, BIS neurobehavioral program case manager: “It can be a very long process, but we stay to provide the support. We stay very, very close [with the client]and collaborate with the team of professionals to make sure that the client is getting the services that they need.”

The program, like BIS’s other services, is individualized for each client based on his or her goals. “Reintegration into the community can carry different meanings for everyone. So for
someone who is … just a step from getting a job, that [job]can be the goal to reintegrate into the community. For someone in a nursing home, maybe moving back to his house [would be the
goal],” Aly said.

After working seven years with the organization’s Lake Ridge staff, Hunt said he is glad he made that first call to the service. Although he just tinkers with cars now, Hunt keeps busy by volunteering at two nonprofit organizations in Manassas and has been accepted into BIS’s friendship-building volunteer program PALS. PALS’ mission is to help BIS clients rebuild social skills.

“I’m so happy that I have Brain Injury Services to help me and just to talk to me. … I really love them. They’ve helped me so much,” Hunt said.

According to the Brain Injury Association of America, a brain injury can happen in many ways—from a fall, a blow to the head, a car accident or from other causes, including, as in Hunt’s case, a stroke. The effects of a brain injury can be mild, causing confusion and memory loss, to devastating, with paralysis, vision loss and speech and cognitive impairments.

No one is immune, and it can happen to anyone of any age, Brown said. “As we say in the field, brain injury does not discriminate,” she said. “People [have said]to me, ‘I never thought
about brain injury until it happened to me, and once I had a brain injury that’s all I can think about.’”

In Prince William County, 160 people died in 2012 from a stroke or traumatic brain injury (TBI), and yet 1,840 were hospitalized as a result of a stroke or TBI and survived, according to the Virginia Department of Health’s Division of Policy and Evaluation. The Virginia Department for Aging and Rehabilitative Services, which coordinates services and administers state funding for the 10 BIS programs in the commonwealth, estimates that more than 256,600 Virginians may need some level of support and assistance due to a brain injury.

When BIS started 25 years ago, in a church basement in Springfield, its staff of two case managers and an executive director provided case management services to only those who had TBI,
Brown said. BIS has since expanded its services to include helping clients with “all acquired brain injuries from strokes, accidents, illness, etc.,” she said, and now has 29 staff members.

Brown estimated that the agency handles 550 clients a year,including brain-injured U.S. military veterans. BIS provides contractual services for the Virginia Wounded Warrior Program.
Because the neurobehavioral program at the Lake Ridge office requires “an intensive amount of time,” she said, its two case managers handle about 20 cases at any one time, less than the 25
to 30 “active-status” clients and 10 to 15 “follow-along” clients the office’s other two staff members serve, Brown estimated.

With such a small staff, there is a waiting list, which was 15 to 20 people Ardis estimated when interviewed in June. She said some people have waited for up to three years. “Cases are prioritized based on need. If someone is facing homelessness or who has no support whatsoever, we try to get to those folks as soon as we possibly can,” she said.

All services are at no cost or on a sliding scale based on clients’ income. “Over 85 percent of the individuals we serve are at the poverty level or receiving some type of federal benefit like SSI
[Supplemental Security Income]. Very few people could pay for our services because after a brain injury, they lose that ability to bring in that financing,” Brown said.

The commonwealth funds 80 percent of BIS’s budget, she said. The rest comes from private donations, grants and localities BIS serves. Prince William is the only county the agency serves that has not provided funding, Brown added. That’s due to limited resources, according to Prince William County Assistant Communications Director Nikki Brown, who said BIS could
reapply in 2015 for county funding.

Leading a long list of services that Brown said BIS would like to bring to Prince William are more case managers, to eliminate the waits clients now have for services, and local support groups and day programs. Ultimately, she would like BIS to provide more productive employment, social and recreational activities for its Prince William clients, she said.

“We would like to help them redefine who they are and their strengths and how they can be part of the community in a more meaningful way,” she said.

Carla Christiano, reachable at cchristiano@princewilliamliving.com, is a native of Prince William and a technical writer for Unisys.