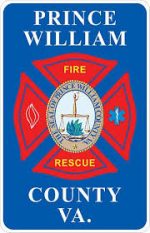 On, Sunday, April 30th , fire and rescue units were dispatched to a structure fire in the 3200 block of Burbank Lane in Dale City. Upon arrival, firefighters discovered the fire had been extinguished by a resident. The Prince William County Fire Marshal’s Office initiated an investigation. Through witnesses’ statements it was determined that Ms. Amanda Allen lit her mattress on fire while it was located inside a shed. The rest of the investigation led to the following charges being placed. No injuries occurred.