When cases involving children arrive at Prince William Juvenile and Domestic Relations District Court, judges will often request a representative from CASA CIS (Court Appointed Special Advocates Children’s Intervention Services) to assist for the duration of the case. Advocates are trained volunteers whose sworn mission is to serve the best needs of the children, ensuring their safety and well-being while providing the court with critical information.

CASA for Children is a national nonprofit association that Superior Court Judge David Soukup formed in 1977 in Seattle, where he began recruiting and training volunteers to supplement child placement decisions made by judges like him and traditional “guardians ad litem”—court-appointed attorneys.

Soukup found that these attorneys often lacked the necessary time and training to protect children’s long-term interests. In contrast, volunteers the judge recruited focused on only one or two cases at a time and could better get to know the child and, therefore, provide a clearer picture.

The concept was a success and soon spread nationwide. Today the National CASA Association, headquartered in Seattle, is a network of more than 900 community-based programs throughout all 50 states and Washington, D.C.

The Many Roles of CASA Advocates

At its heart, CASA’s job is to provide an extra set of eyes and ears for the court. According to CASA CIS Director of Advocacy Services 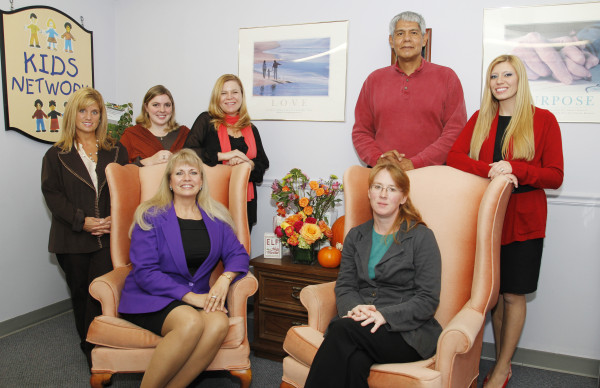 Carolyn Graham, volunteers conduct an independent investigation to learn their assigned child’s needs and then work to meet those needs. They present their findings to the judges, social workers and others and afterwards monitor court orders for compliance.

Advocates meet with the child regularly to build a compassionate relationship. “We’ve gotten to this point,” said Graham, “because the people that they have trusted have hurt them, and have caused them not to be able to trust.”

Many children CASA helps have special educational needs due to autism, ADHD (Attention Deficit Hyperactivity Disorder) or other learning disabilities. As court stewards, CASA volunteers gather information from the child’s teachers, such as whether the child arrives at school hungry, dirty or tired. Volunteers often aid in creating individualized education plans, Graham said. She added that for this reason, retired teachers and nurses often make excellent advocates.

Helping to establish a safe and permanent residence for abused children is another priority. (“Casa” is Spanish for “home.”) When possible, such as if an offending parent has been removed from the household, advocates may recommend that children remain in their homes, with safety plans in place.

“We know that children, no matter by and large what is done to them … want to be with their siblings, with their toothbrush, with their dog, with their bed and blanket,” said Graham. “That’s their comfort.”

CASA staff and volunteers cannot discuss the organization’s ongoing cases because of confidentiality laws, but hypothetical situations sting the mind just as easily. A toddler is beaten. A young child is molested. An older child faces abandonment.

“I want to do the very best that we can possibly do for the children,” said Hasson-Brown. “I want our folks to be dedicated, committed to that child’s needs—a child that really, really needs to have someone focus on them because of all that’s happening to them.”

“Because of the privacy laws for children who’ve been abused, the community can’t really know about them. …[There is] no way to study the difference that CASA can make,” said Hasson-Brown.

However, information on the national level indicates that these volunteers make a positive difference. Hasson-Brown pointed to a 2007 U.S. Department of Justice study, which found that children who enter the court system and are assigned a CASA:

These improved outcomes have a ripple effect in the larger community. Left unchecked, child abuse and neglect lead to an increased likelihood of juvenile arrest, substance abuse and other tragic scenarios, explained Hasson-Brown. She said that CASA sees its mission as critical, not only to the youth in its care, but to society as a whole. 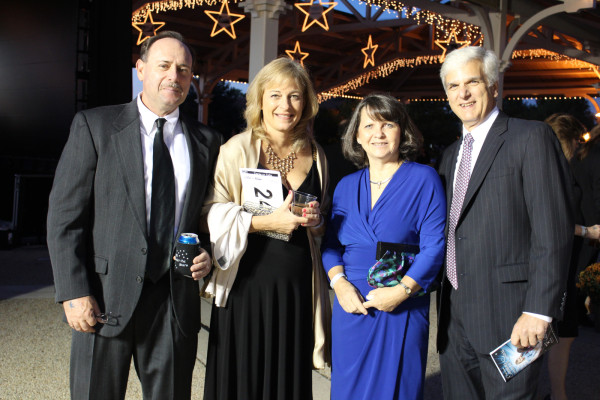 CASA CIS relies on donations and events such as its “evening Under the Stars” gala to fund the group’s efforts to protect children who have entered the family court system. Photo courtesy of Jenny Michalek, Simply Creative.

Training classes, which begin next in mid-January, total 40 hours over eight to 10 weeks, with some study done online. Graham said that because of high demand for CASA’s services, “the minute that they [volunteers]are sworn in, they get a case.”

CASA CIS is funded solely through grants and donations, said Hasson-Brown. She added that corporate grants have dried up with the economic uncertainty in recent years. To fill this gap, CASA CIS hosts themed fundraisers throughout the year, including “Ladies Night Out with Santa” in December and a retro party in April. “Evening Under the Stars,” held each September at the Harris Pavilion in Manassas, is the group’s signature event and is billed as the oldest and largest charitable gathering in Old Town Manassas.

The most recent “Evening Under the Stars” brought together more than 1,000 benefactors for a night of food, dancing and bidding on auction items, Hasson-Brown reported. CASA raised nearly $200,000 that night, or close to a third of its annual operating budget. Hasson-Brown said that is enough to cover the yearly needs of about 150 at-risk children.

In the end, that is what it is all about. Said Hasson-Brown, “Every child who’s been abused or neglected deserves to have an advocate, a special someone.”

For more information about this organization, including ways to get involved, visit www.casacis.org.

Peter Lineberry, who lives in Dale City, is on the editorial staff of Prince William Living and a regular contributor. He can be reached at plineberry@princewilliamliving.com.