If you are looking for community theatre in Northern Virginia, look no further than Woodbridge, home of The Castaways Repertory Theatre. Founded as a traveling theatre group in 1981, its stated mission is “to provide quality live theatrical performances to members and visitors of our community while involving those same community members in the theatrical arts through education, participation and enlightenment.”

With a goal of encouraging people to discover and continue a love for the theater, The Castaways offer a broad range of plays. Audiences can expect everything from the classic cadence of Shakespeare to musical favorites such as “South Pacific” and “My Fair Lady.”

Each year, this all-volunteer group puts on three feature plays at its “main stage,” the Ferlazzo Building at 15941 Donald Curtis Drive in Woodbridge. Additionally, the group  performs in the Northern Virginia One-Act Play Festival, held the last two weekends of every June.

Giving Kids a Chance at Creativity

Now in its 33rd year, The Castaways remain true to the mission of bringing arts appreciation and education to the greater Prince William area. Through a recent partnership with The Homeschool Theatre Troupe, also based in Woodbridge, it is also expanding efforts to support the next generation of actors and reach new audiences.

The student theatre troupe, directed by Julie Little since its formation 10 year ago, came under the auspices of The Castaways in 2013. The student actors are featured in one Castaways production each year, and encouraged to participate in other productions that involve children.

“We usually have about 40 students between 10 and 18 [in the troupe],” said Little, also a longtime member of The Castaways. Little explained that the youth plays are based on classic literature. For its first production with The Castaways, this summer the children performed “Pride and Prejudice.” Past productions have included “Les Misérables,” “The Count of Monte Cristo” and “The Canterbury Tales.”

Kathy Sahlberg, a Castaways volunteer since the early days, explained that while the group had always involved children in productions as appropriate, it did not have a youth program in place prior to the partnership. “Julie approached us….we said this is perfect. It’s something we wanted to do and she already had a system and plan in place,” said Sahlberg.

“Anything you can do to give a kid a chance…where they can be creative, I think it’s a good thing,” added Sahlberg.

Kicking Off a New Season

Leslie Anne Ross will direct the play, transporting the characters from the magical world of the original story, set in the 16th century, to the time of the Great Depression in New  York’s Central Park. Ross said her version will allow modern audiences to appreciate and understand the story without having to decipher Renaissance English. 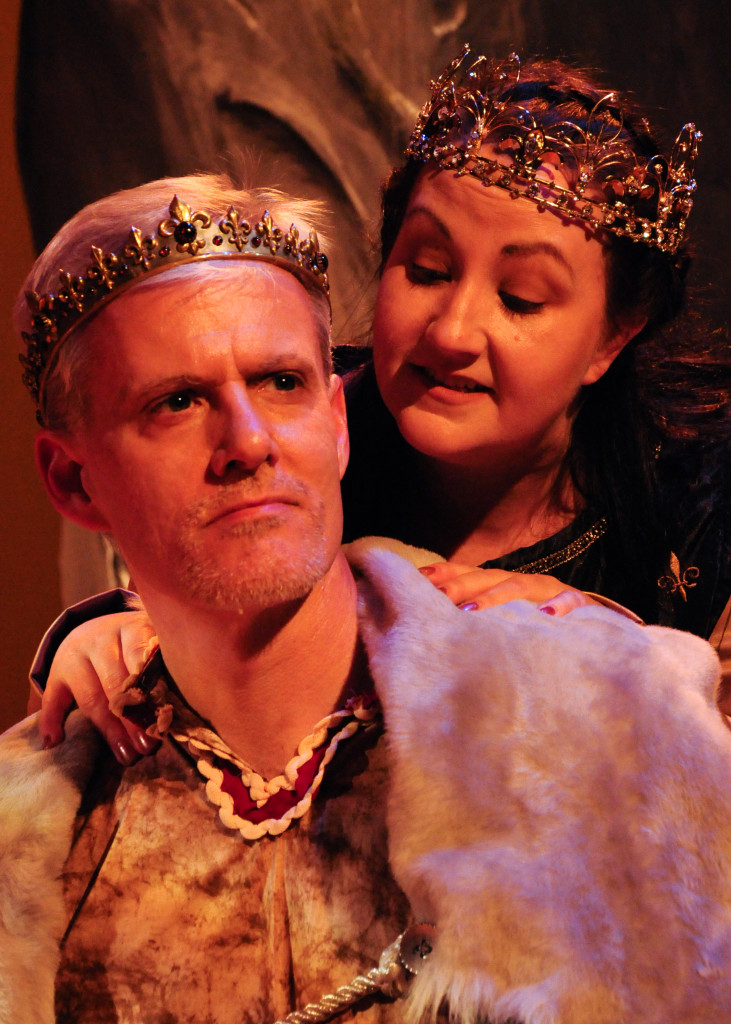 Macbeth and A Streetcar Named Desire are among the classical stories brought to life by The Castaways Repertory Theatre, based in Woodbridge.

“Leslie’s a wonderful director. … She wants the audience to really understand the flow of Shakespeare,” said Sahlberg. She relayed the tale of an audience member who  approached her after watching a performance of Macbeth that Ross directed. “He told me, ‘This is the the first time I enjoyed something by Shakespeare, I understood what was going on.’ She’s really good at that,” said Sahlberg.

Other productions this season include “Peter Pan” and “Hello, Dolly!” As always, the theater group is accepting new talent for its cast and crew.

“We are open to any age and there is no requirement to be a member of Castaways to audition,” said Castaways President Doug Nelson. “We welcome new people and are always looking for volunteers. Our greatest need for volunteers is usually for crew members.”

Nelson added that no experience is needed. However, those selected to join a production are required to become a Castaways member. Membership rates vary from $15 per  production to $45 for a premium membership which includes access to all performances for the season, along with five tickets for guests.

Audition requirements vary by production and are subject to the director’s discretion, said Nelson. However, some standard audition guidelines usually apply:

The Castaways Repertory Theatre posts information about upcoming auditions on its website.

Volunteering On and Off Stage

Being a Castaways member doesn’t stop at the theater door. Cast and crew members regularly find ways to take their work into the community. For instance, during the holiday season, group members visit senior living homes to perform holiday readings.

The Castaways is also a founding member of the Washington Area Theatre Community Honors (WATCH), now in its 14th year. According to washingtontheatre.org, the program “recognizes artistic and technical excellence in community theatre throughout the Washington, D.C. area.”

Sahlberg explained why she and others continue to volunteer with The Castaways, both on and off stage. “It’s part of that magic of the theatre…you see the people milling around before the show. You see how it affects them,” she said. “For a few hours we take them to a different place. … We change their life for just a moment.”
For additional information, visit www.castawaystheatre.org.

Tracy Shevlin is a Virginia native and long-time resident of Prince William County. She is an administrative assistant and is completing her degree in Business Communications.