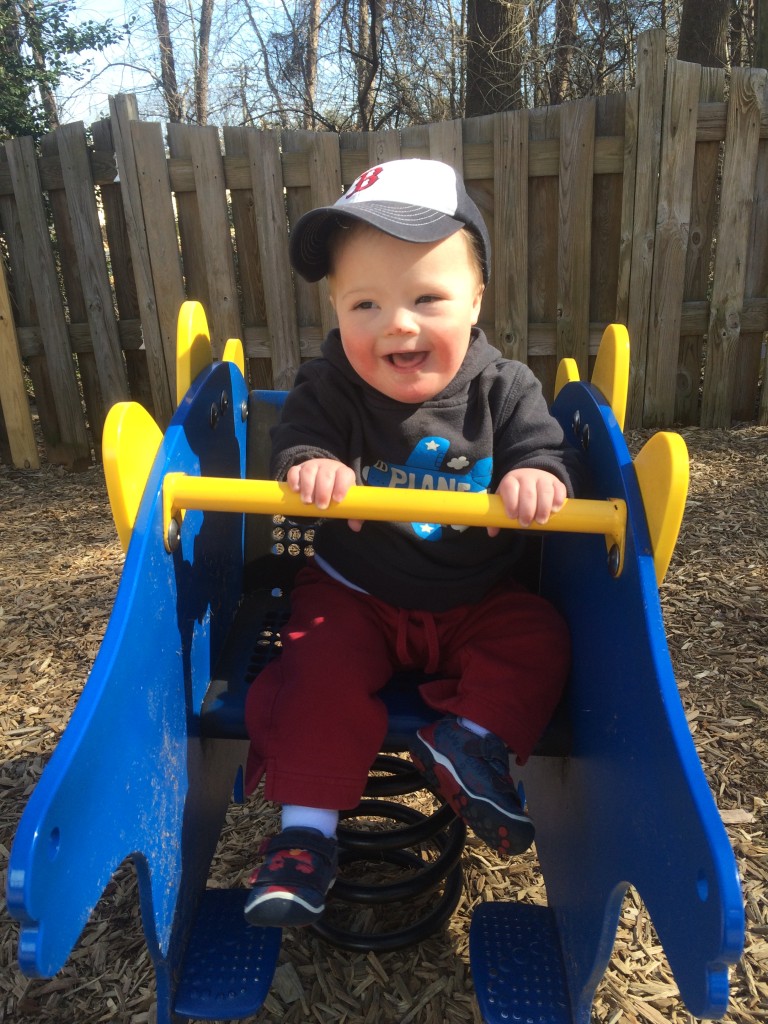 In late 2014, Amanda MacIsaac’s newborn son, Drew, received a diagnosis that would change their lives forever. “Drew has Down syndrome,” MacIsaac messaged friends and family. “Oh, Amanda, what does this mean?” she heard back. It was the exact question the wife, mother and Montclair resident was asking herself.

Down syndrome is a genetic disorder caused by the presence of a full or partial extra chromosome. The condition is associated with cognitive disabilities, delayed physical development, and common physical traits such as small stature, although each person with Down syndrome is unique and may have characteristics to widely varying, or no, degree.

Despite Down syndrome being “the most common genetic condition,” according to The National Down Syndrome Society, with over 6,000 babies with Down Syndrome born in the United States each year, parents face the unknown when hearing the diagnosis.

“I think I spent the first year scared and afraid and worried about his future and about ours,” MacIsaac recounted. “For example, a child leaving home to attend college, or you moving out-of-state in retirement, becomes that much harder. Once you have a child with a disability, you’re building a community of support that will last through their life. It’s much harder to rebuild their lives elsewhere than for a typical child. They’ll have the resources here of people who know them, activities they like to do, getting used to going certain places, using local transportation, a core group of friends. They build huge communities around themselves. I was asking myself, ‘Is this where I want to live forever?’” MacIsaac explained.

A turning point for MacIsaac was reading the poem “Welcome to Holland” by Emily Perl Kingsley. In it parenthood is described as a journey to Italy; you’ve learned Italian, you’ve memorized the guidebooks, you’ve anticipated all your life visiting the coliseum and riding in a gondola. Then, your plane lands and an announcement is heard, “Welcome to Holland!” You haven’t landed in some horrid place, just an unexpected place. “After you take a deep breath,” said MacIsaac, “you realize it’s a beautiful, amazing place to be. Things are slower, things are different, but there’s so much beauty to be had. We’re not missing out; we’re having a beautiful, amazing experience, it’s just different.” PWL For MacIsaac that means seeing the grace in the different pathways both her kids, Drew and his older sister, Dylan, are taking. “Both kids are on their separate journeys. Drew’s may be a little slower, and things come a bit harder, but his journey is just as fulfilling as Dylan’s. It’s just different,” MacIsaac stated. “Both their lives are going to be brilliant and amazing.”

Now MacIsaac sees the blessings in her son’s condition. “Drew is going to be ok. We’ll be ok. He’s made our family better. He’s slowed our family down. We’re taking a breath, experiencing what’s around us, embracing what is really important,” stated MacIsaac. “It could be taking the time to look at the stars, or if Dylan wants to go to the zoo, we go to the zoo. It really is all about being together and really being present,” MacIsaac said.

MacIsaac wants us all to take time and recognize World Down Syndrome Day (WDSD) on Monday, March 21. First observed in 2006, WDSD gives voice to those with Down syndrome, and those who live and work with and beside them, advocating for inclusion and well-being. In Prince William County, you can meet MacIsaac’s son Drew at Animated Child in Montclair, exploring hands-on activities in the enrichment center, with your donation going to the Down Syndrome Society. “Come meet my son Drew, who rocks his extra chromosome, and have a blast in our own community,” said MacIsaac. Activities at Animated Child continue from 9:30 a. m. – 12:30 p. m. on Monday.