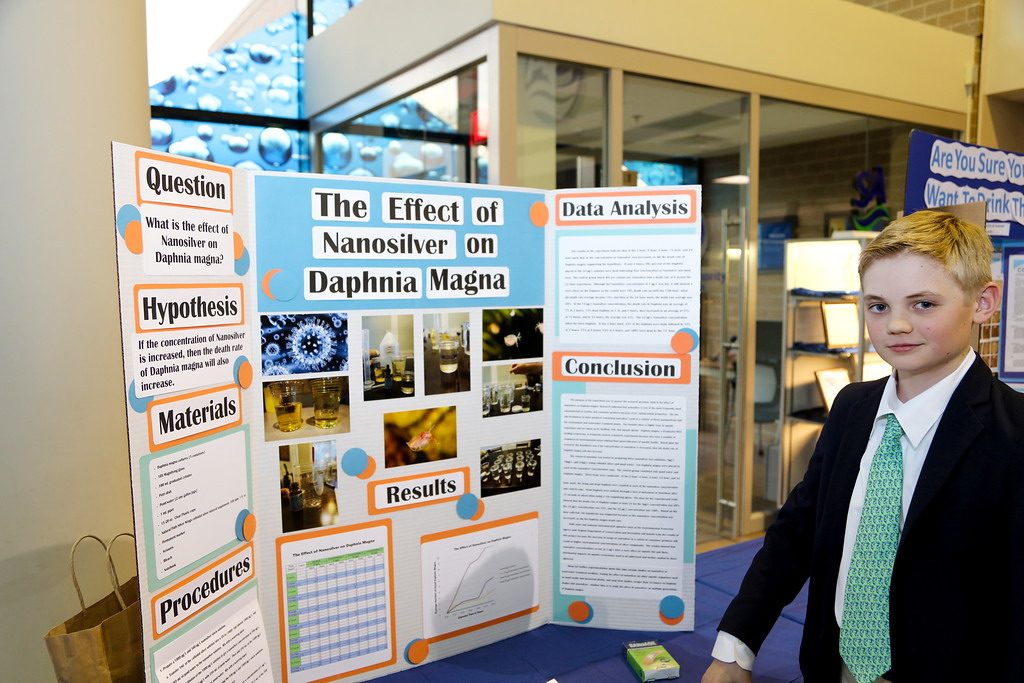 Gainesville Middle School student Thomas Burrell took first place in the Middle School Division. His project was entitled “What is the Effect on Nano Silver on Daphnia Magna?”

“I’ve always been intrigued by science and I’ve always wanted to do something for the environment,” said Burrell. “I feel like my project can actually benefit someone, even the Service Authority. That makes me happy.”

The team of Rebecca Hawkins, Alexander Hughes and Jessica Liu from the Governor’s School @ Innovation Park were victorious in the Senior High Division with their project “The Effect of Salinity on the Toxicity of Atrazine to the Hyper-Hypo Osmoregulator Palaemonetes Pugio.”

“The Prince William-Manassas Regional Science Fair is a fantastic opportunity to showcase the talent and ingenuity of our next generation of scientists and engineers,” said General Manager Dean Dickey. “The Service Authority is proud to reward these innovative young men and women, and we are thoroughly impressed with their exceptional science projects.”