The Voices of Freedom kicked off the summer 2021 event season in Reading, Pennsylvania at the 30th Annual World War II Weekend. This was the first use of the new truck and trailer/studio and they performed flawlessly. Everyone who saw the truck and trailer loved them!
World War II Weekend is always scheduled the first weekend in June and hosted by the Mid-Atlantic Air Museum. During the weekend, Americans in Wartime interviewed veterans who served during the Vietnam War, the Cold War, and in Operation Iraqi Freedom. In addition, the staff reconnected with veterans interviewed in years past, and promoted the museum and the upcoming open house.
The following weekend in Stephens City, Virginia, the staff participated in the American Military Museum’s open house. It was a pleasure to meet and speak with several World War II Veterans and an honor to interview three of them. One of the highlights of the event was capturing the story of Carmel Whetzel. Carmel served in the European Theatre during World War II where he was a POW, escaped, and was captured again 14 days later. A great story from one of America’s “Greatest Generation.”
If your organization would be willing to host the Voices of Freedom for a day of interviews with your team members, contact Dennis at dgill@AmericansInWartime.org. There is no cost to you or to those being interviewed. It’s also a great way to help further the mission of capturing and preserving the stories of Americans in Wartime. Support Voices of Freedom here. 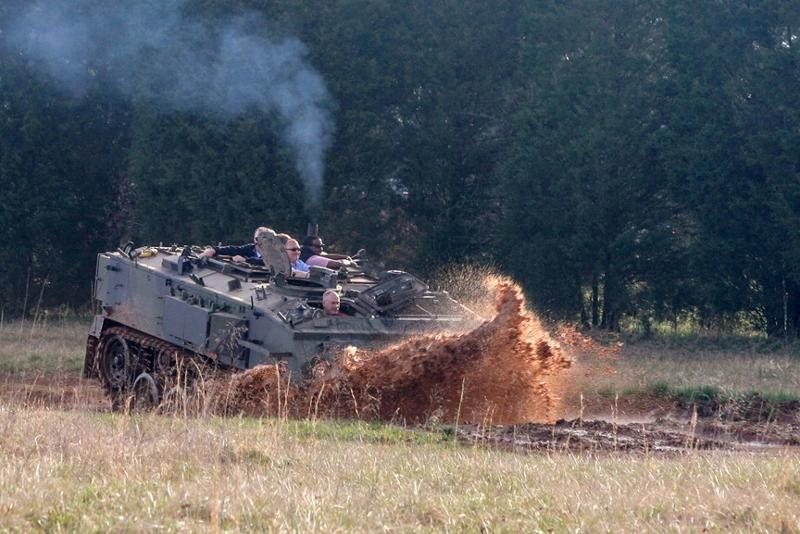