From Bach to Handel, Christmas caroling to singers’ choice concerts, the Celebration Singers have been bringing the joy of music to people in Prince William and beyond for the past four years.

“I was a music director at a local church for about a dozen years and had thought of forming a group of this nature for some time, but never acted on it. However, after leaving that position in 2010, I finally felt I had the time to devote to a new group,” said Teresa Stackley, creative director and founder of the group. 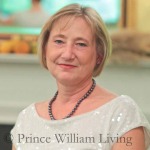 To attract the initial members, Stackley put flyers in the libraries and ads in the local newspapers. She also asked friends from her church choir to spread the word that she was holding auditions for a new group called the Celebration Singers.

“Through the hard work of a core group of people, we were able to secure a rehearsal space at Westminster, a concert venue, define a mission statement, write bylaws and standing rules and register as a 501(c) nonprofit charitable organization by the fall of 2012,” said Stackley.

Now in its fifth season, Celebration Singers currently has about 30 members, though Stackley said 50 would be ideal. The singers primarily hail from Woodbridge, Lake Ridge and Occoquan, and typically perform three concerts a year. Their musical performances cover a wide range of genres, “everything from pop favorites, to Broadway, Rutter’s ‘Requiem’ and Handel’s ‘Messiah,’ said singer Dick Thomson of Woodbridge.

This musical mix keeps it interesting for members and the audience. “Singing a wide variety of music from a range of genres, the repertoire is always interesting and never stale,” said singer Tony Pak of Woodbridge.

“I love that we sing many styles of music, and that they are often a challenge. I also especially like that we do many pieces a cappella, because there is nowhere to hide when there is no [accompanying]music, and you have to pay attention to detail,” singer Melody Wong of Woodbridge said.

Celebration Singers starts its season with a Christmas concert, which is normally performed three times. “This year we are teaming up with the Old Bridge Chamber Orchestra again and combining our Christmas concert with a Messiah sing-along for two evening concerts,” said Stackley.

Closely following the Christmas concerts is the spring concert, usually held in March, with a theme such as spiritual or love songs. “[This year,] we will be doing a major work with instrumentalists, the Vivaldi ‘Gloria’,” Stackley said.

The music for the last concert, held in the summer, is chosen by the singers themselves. “They submit music requests throughout the season and I find suitable arrangements for the group. We call it our ‘Singers’ Choice’ concert and it’s great fun for both the group and the audience,” Stackley explained.

Additional performance opportunities may spring up throughout the year. “Last December we had the opportunity to sing at the Pentagon for a Christmas party for the office of the Assistant Secretary of the Navy (RDA), followed by a tour after the party. Our most exciting singing experiences have been when we sing with instruments, such as singing with the Old Bridge Chamber Orchestra last December (and this December) in a Messiah sing-along,” said Stackley.

While concerts are free to attend, the group accepts donations that it then distributes to designated charities. “Our charitable organizations are selected and voted on each year by the group. This year we have selected four charities: ACTS (Action in Community Through Service), a Prince William County charity that serves the needs of food and shelter; The Kara Foundation, serving young adult cancer patients and their families; The Alzheimer’s Foundation, which gives care and services to those suffering from dementia; and the St. Jude Organization, serving young cancer patients,” said Stackley. 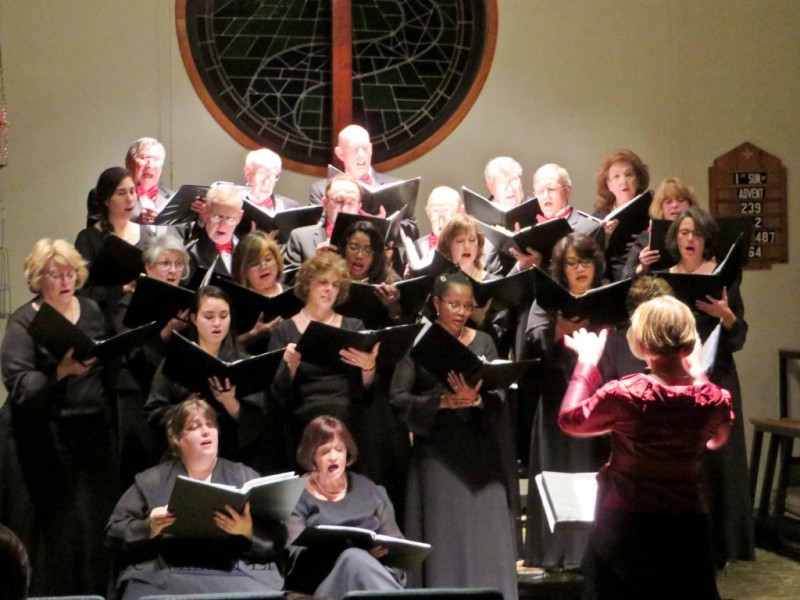 The Celebration Singers perform at one of their Christmas concerts.

Celebration Singers attracts a wide range of members, from those with international performance experience to those who have to muster up the courage to audition. “The decision to audition took me a long time. I have a fear of solo performance, and have never auditioned for anything because of this fear. After a lot of thought and prayer, I decided to give it a shot… and here I am today,” Melody Wong of Woodbridge said. “I also like that there are no divas in our group.”

For Gail Zander of Woodbridge, singing publicly was second nature. “For many years I sang with a semi-professional chorus. We performed in Europe, Carnegie Hall, with Vatican radio, etc.,” Zander said. After moving to Woodbridge, she saw an ad for the Celebration Singers. She assumed that the amateur group would have lower expectations than she was used to.

“How wrong was I?” Zander exclaimed. “This is a very dedicated group of local singers, hard workers and really good quality music performed by fine musicians. What a wonderful surprise. It is with great delight that I sing with this fine group called the Celebration Singers.”

Auditions are held twice a year, once in the fall prior to the group’s first rehearsal of the season, and again in January before rehearsals for the second half of the season. Asked what it takes to become a member of the group, Stackley said, “I look for several things. The singer’s tone as far as blending with other voices as well as the singer’s ability to match pitch and read music. If I feel the singer is a bit weak in one area, but I feel will work well with the group, I will make an exception.” She also said that she likes her singers to be able to read music on a basic level, but is not looking for an extensive musical background.

The group rehearses in the Harbor Room at Westminster at Lake Ridge on Tuesday evenings from 7:30 to 9:30 p.m. Dress rehearsals are also held on Sunday evenings at Epiphany Lutheran Church before concerts.

To learn more about the Celebration Singers visit celebrationsingersva.org. The group’s Facebook page also has information on upcoming seasonal concerts.

A graduate of American University’s School of Communication, Olivia Overman is a freelance writer who has written articles for a number of online and print publications. She can be reached at ooverman@princewilliamliving.com.