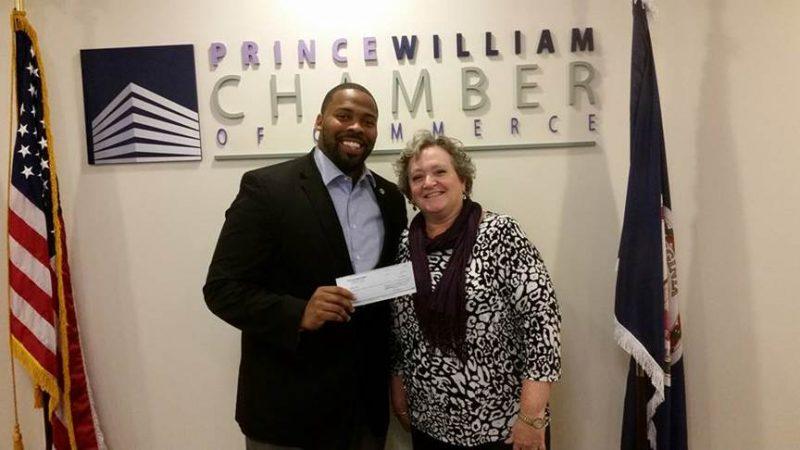 On October 27, residents, Chamber members and guests of the Freedom Aquatic & Fitness Center had the chance to meet representatives from businesses located from Occoquan to Haymarket at the Prince William Chamber of Commerce Marketplace event, dubbed the “Local Experience.” More than 1,000 people walked through the tradeshow-style community expo where they tried samples from the Rocky Mountain Chocolate Factory, purchased locally-made jewelry from Drukker Designs and played games to learn more about the services offered at the City of Manassas Park Community Center; among others.

There was also a booth contest for the exhibitors. Winners were Apple Federal Credit Union for “Most Creative;” The American Red Cross for “Best Marketing Message” and Cakes by Happy Eatery took home the “Best Overall” prize thanks to their combination of sweet and savory samples and an eye-catching display.

Marketplace was sponsored by The American Red Cross (thanks to QMT Windchimes), Burke & Herbert Bank and The Prince William Times/Gainesville Times. For a list of exhibitors who were there, visit PWchamber.org/Marketplace. A photo album from Marketplace is available on Facebook.