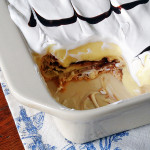 “What’s wrong with the way we’ve always done, Lou?” “Well the big guy that makes the rules, you know the guy with ALL the bugles, want’s it done this way. Come on guy’s let’s give it a try and see how it works. Who knows, you might actually like doing it this way.”

This conversation has plagued line officers since the beginning of the modern Fire Department. There have been somethings that worked great, and just like others, some that didn’t work out so well. Change is probably the one thing that is fought against, so hard in the Fire Department. We get used to doing it one way, a way that works, and we get good at it. No we get Great at it, and just about the time we perfect it, someone comes along and changes it. What tends to be even harder is leaving one department and going to another.

Moving from one Department to another is a huge change that disrupts the harmonic balance that is sanity. Not so long ago I moved from my nice cozy Manassas back to the Tidewater area of Virginia and it has been a hard ship to travel the three hours back to Manassas to pull a 24 hour shift, so I began looking in the area and found Smithfield Fire Department, Station 50, in Isle of Wight County. Smithfield, for those of you that may not know, is the home of Smithfield Foods, and although you might not be familiar with the Smithfield name, you may know one or more of their well-loved brands, including Smithfield, Eckrich, Farmland, Armour, Cook’s, Gwaltney, John Morrell, Kretschmar, Curly’s, Carando, Margherita and Healthy Ones. The packing plants employee a lot of people in the area, and this small town feels like something right out of a Norman Rockwell painting.

After visiting a few times and getting introduced to a couple of the guys, I applied and picked up on a probationary basis, which is typical for most departments. Once again, I am a Probey. At Manassas I was riding the front right seat, running a crew, here in Smithfield, I’m the new guy. They don’t know me, and I don’t know them. I have to learn their ways, their rules, and change the way I have done things in Manassas for so long, to the Smithfield way. Change isn’t bad, it just takes some getting used to. They have found out that I can cook and that has been well received. When they get a taste of this old family recipe for Eclair Cake, those that don’t like change might not mind so much. Thanks Aunt Linda (Sissy) and “That’s Bringing the Firehouse Home!”

Lightly grease 9 x 13 pan. Heat water and margarine until it boils, remove from heat, stir in flour, and add eggs, stirring thoroughly. Spread thinly in pan. Bake dough 15 minutes at 400 degrees. Take fork and prick holes in crust and bake for an additional 15 minutes. Remove from oven and let crust cool before placing the filling on it. (Dough in crust will puff and then it will go down, Aunt Linda says, so don’t get concerned when this happens)