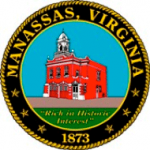 City of Manassas, VA – As part of continuing efforts to provide effective and professional law enforcement service to the community, the Manassas City Police Department has recently completed its annual review of citizen and internal complaints regarding sworn officers and civilian employees.

In 2012, the Department received 22 complaints made regarding the actions of 24 employees. Of these complaints, four were made from mothers from within the Department and 18 were submitted by residents outside the Department. The concerns covered issues such as Department policies and prcedures, legal issues, and conduct by members.

It is the policy of the Manassas City Police Department to treat every complaint seriously and give each incident full and immediate attention. Most of the complaints received were deemed to be of a less serious nature and did not meet the criteria for an Internal Affairs designated investigation. Of the 22 complaints received, 14 were closed with the finding of Exonerated, Non Sustained or Unfounded, and one was withdrawn. The longest resolution time to complete an investigation of this nature in 2012 was 47 days, down from 55 days in 2011.

“The data reflects very favorably upon the member of this Department,” said Colonel Doug W. Keen, Chief of Police. “Calls for service rose 17 percent from last year and arrests rose 16 percent. This means officers are having many more encounters with citizens and taking more enforcement measures, yet complaint rates are still very low. This reaffirms the commitment to service and professionalism of our staff and speaks highly of the CALEA National Accreditation program and our ability to police ourselves.”

The annual review process is part of the Department’s policy of openness and building community trust. Anyone with questions or concerns about Department procedures, policies or acts by individual Department members can call the Department’s Office of Professional Standards at (703) 257-8020.

Citizens with concerns or complaints will be forwarded to the on-duty supervisor. The on-duty supervisor will take any immediate action that is necessary and ensure proper follow-up. Citizens may also submit any concerns, compliments or suggestions online at http://www.manassascity.org/police; or in writing to the Manassas City Police Department, Office of the Chief of Police, 9518 Fairview Avenue, Manassas, Virginia 20110.