City of Manassas, VA . . . John P. Grzejka, Commissioner of the Revenue for the City of Manassas for the last 14 years, announced his plans to retire to the Mayor and City Council.  Grzejka will retire at the end of the fiscal year, June 30, 2013. 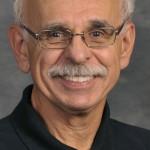 Commissioner Grzejka has served the residents of the City of Manassas for 35 years in various capacities.  He was elected City Treasurer in 1976 and served through 1981.  He then joined the City Manager’s Office as the Administrative Assistant/Finance and in 1986 he left the City to work in the private sector.  He was elected to the City Council in 1988 and served three terms.  During his Council service, he chaired the Economic Development Committee and successfully recruited the large semi-conductor industry to the City.  Grzejka chaired the Finance Committee for eight years and served as Vice Mayor for four years.

Commissioner Grzejka was appointed by the Circuit Court to replace the previous Commissioner, Gary Plauger, who died during his term in June 1999.  Commissioner Grzejka was elected to fill the remaining term in a special election held in November 1999 and was reelected three times.  The current term officially ends on Dec. 31, 2013.  His early retirement will mean that his Deputy will fill the remaining six months of the term.  In November’s general election, a newCommissioner will be elected and will take office on Jan. 1, 2014.

Grzejka looks forward to retirement and plans to spend more time with his wife of 44 years.  They plan on moving closer to their son and two grandsons and playing more golf with the family.