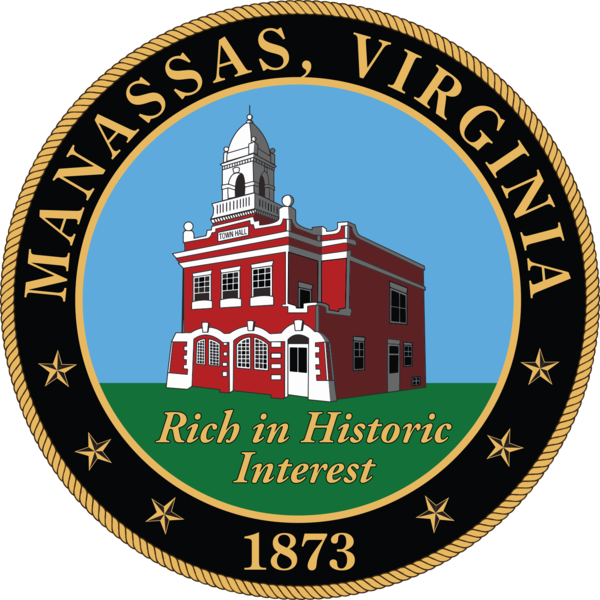 In the City’s second Citizen Satisfaction Survey conducted by one of the nation’s leading community-based market research firms, results showed that citizen satisfaction in the City of Manassas is significantly above national and regional benchmarks in a number of service areas.  For overall satisfaction with City services, the City of Manassas rated 18 percent above the U.S. average.  Also above the U.S. average were 37 out of the 55 areas that were compared.
Residents’ perception of the City of Manassas is very positive with 81 percent of respondents rating the City as excellent or good as a place to live.  Seventy-four percent of respondents are satisfied with the overall quality of City services.
Categories where the City of Manassas scored significantly higher than the national and regional benchmarks include: the maintenance of streets, sidewalks and infrastructure; quality of Police services; quality of trash, recycling, and yard waste; quality of water and sewer utilities; quality of customer service from City employees, and effectiveness of communication with the community.
“This City is very involved and engaged and it is great to see the positive perceptions held for City services,” said City Manager W. Patrick Pate.  “I am extremely proud that resident opinions show that City of Manassas staff are significantly above the nation in service to the community.”
City Council and staff are pleased with the results, not only because they highlight what the City is doing right, but because the survey shows what priorities the community has in coming years.  Major services that were recommended as top priorities for investment over the next few years include: overall flow of traffic and ease of getting around; overall quality of public education; and overall quality of economic development.
ETC Institute used a random sample of households within the City of Manassas for this survey.  They had a goal of 400 completed surveys being returned to provide this data and received 595 surveys from all areas of the City of Manassas.  To read the survey results presented by ETC Institute, visit manassascity.org/CSS.
Share. Twitter Facebook Google+ Pinterest LinkedIn Tumblr Email
Previous ArticleFebruary Performances at the Hylton Performing Arts Center
Next Article NOVA Impact Club Partners With Brew Republic Bierwerks in Woodbridge