Provided by the Cold War Museum

VINT HILL, Va. – Thirty years ago this March, the United States suffered its last casualty in the Cold War, a decades-long global nuclear confrontation that came close to all-out war on more than one occasion. The Cold War Museum at Vint Hill, Va. is remembering the anniversary of the shooting death of Maj. Arthur Nicholson by a Soviet sentry with an exhibit focused on Nicholson and his unit, the U.S. Military Liaison Mission (USMLM). 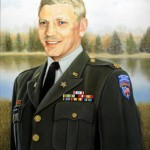 The shooting on March 24, 1985 came nine days after Mikhail Gorbachev became the final president of the Soviet Union and four years before the official end of the Cold War. The incident hindered discussions between the Soviet Union and the U.S. government about the first presidential summit between Ronald Reagan and Gorbachev ultimately held late in 1985.

USMLM’s mission was to serve as liaison between the American Commander of U.S. Army Europe (USAREUR) and the Soviet Commander of Group of Soviet Forces in Germany.

Nicholson and his driver, Staff Sgt. Jesse Schatz, were on a routine visit performed by all six military liaison missions. Outside a largely empty, unfenced Soviet Union military site near Ludwigslust, East Germany, Nicholson dismounted from the U.S. team’s olive drab, Mercedes 4×4 truck marked with U.S. flag plates to photograph the facility. A Red Army soldier stepped out of a tree line and fired at least twice without warning.

“As the U. S. Army’s Intelligence School has indicated, and as we say in our exhibit on Major Nicholson at the museum, he is considered to be the last military casualty of the Cold War,” Cold War Museum Executive Director Jason Hall said. “He’s an example of how the Soviets and the Western allies led by the US continued to face off in Europe with nuclear weapons, while the actual fighting tended to go on elsewhere via proxies.”

In a 1988 USAREUR report compiled by a historian from several classified and open source documents, one bullet just missed Schatz in the vehicle while the second struck Nicholson, causing him to call out to Schatz and fall to the ground. 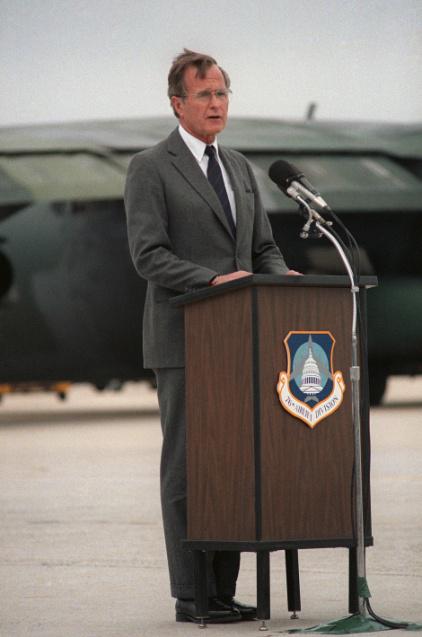 Schatz could see Nicholson was wounded, so he found the vehicle’s first aid kit and attempted to dismount, but the soldier who fired and three fellow Soviet soldiers who arrived moments later prevented the American non-commissioned officer from treating the wounded Nicholson.  No one on site rendered aid, and though more soldiers continued to arrive, it was not until over an hour later that an unidentified man checked Nicholson’s pulse, which by then had stopped.

A subsequent autopsy by USAREUR medical staff found that Nicholson bled to death.

Following a brief, solemn ramp ceremony in the rain at Tempelhof Air Base in West Berlin late on March 25, Nicholson’s remains and his family flew to Frankfurt, then proceeded onward to Andrews Air Force Base, Md. where then-Vice President George H.W. Bush, his wife Barbara, and other senior officials met them.  Nicholson’s funeral and interment with full military honors was held at Arlington National Cemetery on March 30.

The incident that claimed Nicholson’s life had its roots in events that preceded and followed the establishment of the U.S. Military Liaison Mission and its allied and Soviet equivalents.

In the fluid security environment of occupied Germany following World War II, U.S., British, French and Soviet military leaders quickly realized they needed to place liaison teams with each other’s armies and their respective occupation zones to communicate more quickly and effectively, as well as increase transparency and confidence between the four wartime allies.

Soviet commanders allowed the British, French and Americans to establish liaison missions in Potsdam, across the Havel River from Berlin and near major Soviet headquarters, while the Soviet Red Army set up missions in what was then West Germany with U.S. forces in Frankfurt, the French in Baden Baden, and the British at Bünde.

Under the 1946-1947 agreements establishing the missions, members on both sides in official vehicles and in uniform were allowed to visit sites that were not inside a marked permanent or temporary restricted area.  The different missions’ liaison roles brought them into contact with the other country’s armed forces.  To prevent incidents, USAREUR had very clear guidance that Soviet mission members were never to be harmed and the correct steps to take when encountering them, something the Soviet soldiers did not have when the incident occurred.

The USAREUR investigation following Nicholson’s death determined that he and his driver were not in a restricted area, contributing to the protests expressed by the highest levels of the U.S. government and protests delivered to Soviet military and diplomatic officials.

According to media reports from 1985 to 1988, Reagan and Defense Secretary Casper Weinberger continued to bring up need for an apology and compensation with Soviet leaders.  Finally, Soviet Defense Minister Dmitri T. Yazov gave an oral apology to Weinberger’s successor, Frank Carlucci.

Founders of the Cold War Museum include Francis Gary Powers, Jr., son of a CIA U2 reconnaissance aircraft pilot who the Soviet Union shot down in 1960 while flying over that country, leading to the cancellation of a summit that year between President Dwight D. Eisenhower and Nikita Khruschev.  Khrushev’s son Sergei is an honorary board member of the museum.

Vint Hill Farms served as an Army intelligence center and depot through World War II and the Cold War.

The non-profit museum’s mission is to educate, preserve, and support research on the global, ideological, and political confrontations between East and West from the end of World War II to the dissolution of the Soviet Union.  It has chapters in several U.S. and overseas locations: California; Florida; Wisconsin; Puerto Rico; Berlin, Germany; and Russia.

The museum’s current home opened in 2011 after several years of planning and fundraising. Prior to the opening, museum staff assembled mobile exhibits that traveled around the country teaching Americans about the Cold War.

Ultimately, the Museum plans to construct or acquire a larger facility to house its growing collection of artifacts, a reference library, an education center and museum staff operations. The museum is also playing a leading role in plans for a National Cold War Memorial to be located near Arlington National Cemetery.

Museum exhibits include a display of U.S. civil defense items from a headquarters formerly located in Lorton, Va., Warsaw Pact uniforms from the Cold War era, communications equipment, models of period aircraft and vehicles, and numerous photos and information displays.

The museum is open Saturdays 11 a.m. – 4 p.m., Sundays 1 – 4 p.m., and other hours by appointment.  The museum building is adjacent to the Old Bust Head Brewing Company and Vint Hill Craft Winery, and near the Inn at Vint Hill.