College Park, Maryland is a suburb of Washington, D.C.; it gets its name from the University of Maryland,  which was founded in 1856.  The town is also known for another famous site — an airport.

College Park Airport was established in 1909 by the United States Army Signal Corps, and it is the oldest continuously operating airport in the world.  It was established as a training site where Wilbur Wright, the same Wilbur Wright who flew the very first aircraft with his brother, Orville, trained two pilots to fly government aircraft.  It is where the military solo flight took place. The first woman to fly in a powered aircraft in the United States flew from this airport. Here, the United States Postal Service began to deliver airmail, with flights to Philadelphia and New York City.  These are just a few of the firsts that happened at this small airfield. 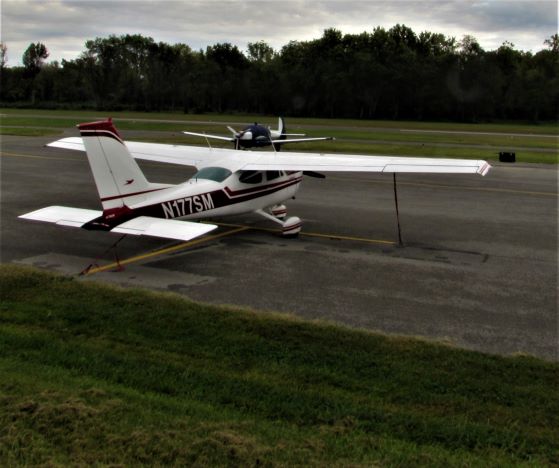 A plane at the College Park Airport

Today, College Park Airport is still a small airport with no regular or international passenger flights, but you can see where so much aviation began.  Bring a picnic lunch and watch the planes take off and land.

At the College Park Aviation Museum, you can see the history of aviation unfold before you from the flight of the Wright Brothers at Kitty Hawk, North Carolina to the present day.  Old aircraft as well as numerous photos and exhibits on everything that took place here on on display.  As you walk through the museum, you may get a glimpse of a plane taking off or landing.  With each step, you are surrounded by the firsts of aviation.

The College Park Airport and Aviation Museum is owned and operated by the Maryland National Park and Planning Commission and the Prince George’s County Department of Parks and Recreation, and it is on the National Registry of Historic Places.  It is located at 1985 Corporal Frank Scott Drive in College Park, Maryland, easily accessible from the University of Maryland, U.S. Route 1, and Maryland Route 201.  The airport must be observed from the parking area as the airfield is not open to the public.  The museum is open from 10:00 a.m. to 4:00 p.m.  (Closed on Monday.)  Admission is $5.00 for adults, $4.00 for seniors, and $2.00 for children.  Parking is on site, and the museum is completely wheelchair accessible.  You can learn more at mncppc.org/1593/College-Park-Aviation-Museum.

A model of the Wright Brothers’ plane

The next time you hear about College Park, Maryland, remember, it’s not just the home of a big university.  Think of it as a town with a small airfield with many firsts of aviation history.