The Community Feeding Task Force is feeling a demand to get more food to people in the community who need it.

The task force recently moved its operations to a bigger, county-owned warehouse. The new space allows it to move food more effectively and easily to 48 different food pantries across Prince William County. Aaron Tolson is the director of Action in the Community Through Service (ACTS). He said, “The county owns the space and paid for the build out and installation of the racks. They provided us with an insulated truck and all the tech that we need …”

The county also provides logistics to the task force, Tolson said. “They’re coordinating county box trucks, pretty much every day, for some of our larger deliveries.” 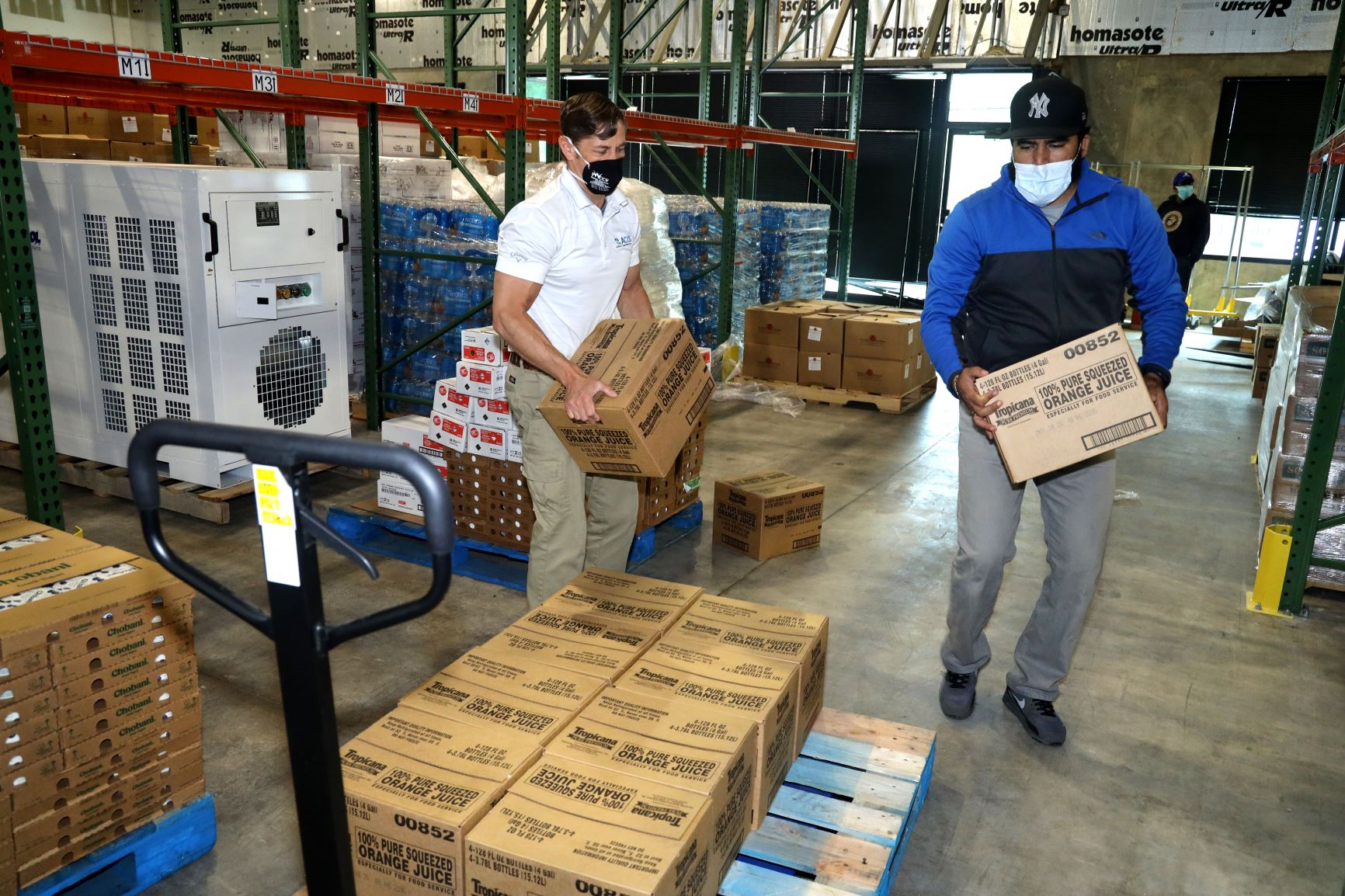 Didlake is a Manassas company that provides employment and opportunity for people with disabilities. At the beginning of the pandemic, Didlake let the task force use one of its warehouses until other arrangements could be made.

The new warehouse is on KAO Circle in Manassas. The location helps the task force better perform its mission by serving as a headquarters and a distribution center, Tolson said. “There’s a lot of space in here, and we’re able to send stuff out very efficiently. We also have loading docks, which allows us to receive more food that we can then push back out. It makes it a lot easier for volunteers, as well.”

The task force regularly receives local donations from grocery stores, markets and restaurants, Recently, they’ve started receiving food through the United States Department of Agriculture’s Coronavirus Food Assistance Program (CFAP). CFAP delivers dairy and produce boxes to non-profits for distribution, Tolson said. “We are starting to receive CFAP produce boxes and expect to receive and distribute over 3,500 this week. We are going to be receiving and distributing 1,000 CFAP dairy boxes a week and nearly 1,000 CFAP milk boxes weekly in the next couple of weeks.”

Donations can be made directly to the task force warehouse at 8414 Kao Circle, Manassas, Monday through Friday from 9:00 a.m. to 4:00 p.m. Donations can also be left at the nearest food pantry. Call ACTS at 703-441-8606, extension 251, to coordinate a drop off time at the one of the food pantries. ACTS can also help arrange cash donations.