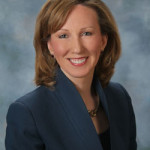 “After September 11, 2001, we tragically learned that al Qaeda was at war with us, but we weren’t at war with them.  Again, with the recent murderous terrorist attacks in Paris, we have learned that ISIS and radical Islam are waging war — not only with France or the United States, but with the Western world. As has been reported, at least one of the terrorists involved infiltrated France via the Syrian refugee exodus.

“Regarding Syrian refugees, leaders from the FBI, the National Counterterrorism Center, and the Department of Homeland Security have told the House Homeland Security Committee that they do not have the necessary ‘on-the-ground intelligence’ to ‘thoroughly’ vet Syrian refugees.  Recent reports indicate that ISIS leaders have said they want to exploit the refugee crisis to get into countries in Europe and the West.  In addition, DHS Secretary Jeh Johnson said last month, ‘It is true that we are not going to know a whole lot about the Syrians that come forth in this process.’ PWL  It is also reported that thousands of Europeans and dozens of Americans have gone to fight and train in Syria. They now must be better tracked, identified, and rooted out with coordinated intelligence efforts as they seek to make their way into Western democracies and engage in terrorist actions.

“The Administration’s policies and practices do not inspire confidence that they could or would implement proper vetting procedures for Syrian refugees that ensure the safety of the American people.  Therefore, the Administration’s policies on Syrian refugees should be suspended and a full review of the program and its security risks should be undertaken along with aggressive congressional oversight.  These recent attacks also bring to light the need to reinvigorate our national security tracking tools and abilities to defeat terrorism.

“We are a welcoming nation, and people from many nations seek safety here. But the safety and security of the American people must be our number one priority.  The Obama Administration and our allies can provide safe zones in Syria which can provide aid to the Syrian refugees while keeping the American people safe.  Contrary to the president’s statements, ISIS is not ‘JV’, ISIS is not ‘contained’, and the attacks on France are more than a ‘setback’.  As French President Hollande said, ‘This is an act of war’. As terrorists around the world continue to expand networks and upgrade their capabilities, the United States and our allies must upgrade our capabilities and strengthen our resolve to annihilate these networks bent on destroying our way of life.”