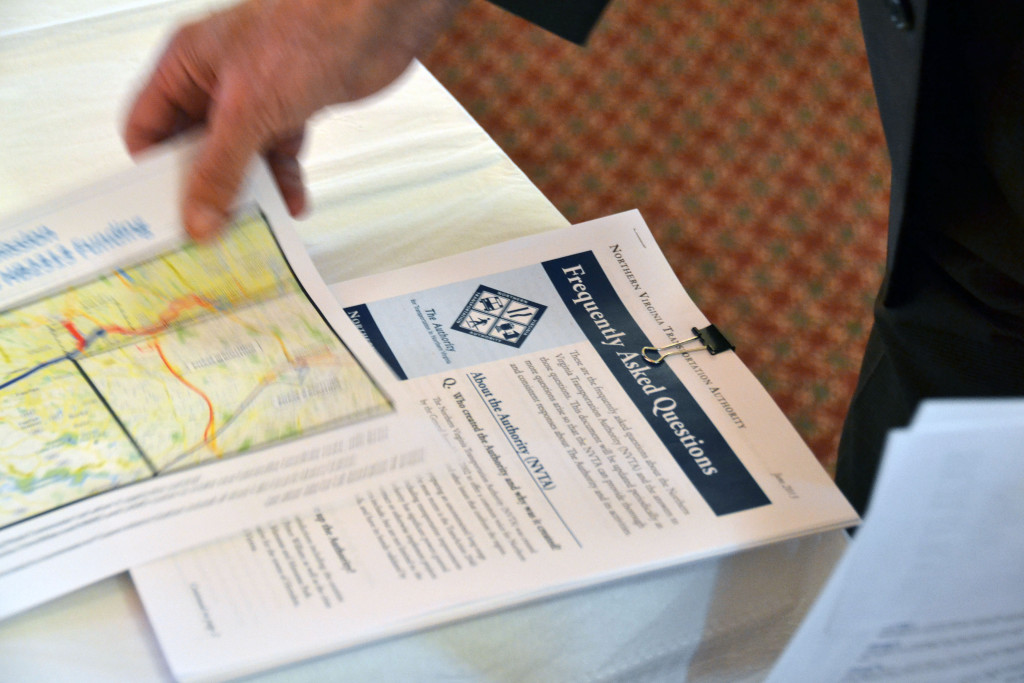 After six town hall-style meetings and an extensive public comment period, the Northern Virginia Transportation Authority, or NVTA, has adopted a $466-million funding program and allocated money for a dozen transportation projects across Northern Virginia, including two road-widening projects in Prince William County.

The first project will widen U.S. 1 between Featherstone Road and Mary’s Way from four to six lanes. The NVTA contributed $11 million to go toward the $87-million project. Remaining money for the project will come from other state funding sources. According to NVTA briefs, the improvements to U.S. 1 will alleviate bottlenecks and acute traffic congestion and reduce accidents regionally. Locally, the project will make improvements at five intersections to reduce delays between Dumfries and Woodbridge. The project will also include a 10-foot wide multi-use path with pedestrian and bicycle crossing improvements at each of the five intersections. Pedestrian signals will also be installed as part of the project.

Prince William Supervisor and NVTA Chairman Martin E. Nohe said the U.S. 1 project has been “desperately needed” to connect with widening projects to the north and south. “This last $11 million should be enough to get the project fully funded now that design is complete, and we can start to move forward full steam ahead.”

The NVTA also contributed $10 million to help widen Va. 28 between the Va. 234 Bypass and Linton Hall Road, which has a total project cost of $29 million. The rest of the money for this project will also come from other state funding sources. The Va. 28 project will add one travel lane in each direction that will help improve capacity on the road that currently carries 60,000 vehicles per day and serves Prince William, Loudoun and Fairfax counties, as well as the cities of Manassas and Manassas Park. Shared bicycle and pedestrian paths are included in the project. The Va. 28 project will also include improved traffic signaling at five intersections along the route to ease congestion that can back up a mile or more at some intersections. The 1.5-mile also includes a shared-use trail and sidewalk, according to NVTA documents.

Nohe said the Va. 28 project is important because it ties into so many other projects in the area. “A few years ago, we cut the ribbon on widening Route 28 from two lanes to four lanes. This will widen it again from four lanes to six lanes, and that’s become necessary because of all the other improvements with widening Linton Hall Road, which is now complete. With the widening and realignment of Vint Hill Road and with widening 28 from Vint Hill out to Fitzwater Drive – this will really be the last piece of a system of projects that are really needed to relieve congestion in the Linton Hall area.”

Nohe also said that a project in Fairfax County to widen Va. 28 between the Prince William County line and U.S. 29 will help local traffic. “It isn’t in the county, but it’s another project that will absolutely benefit Prince William County commuters. It’s part of a series of improvements that need to be made to bring a lot of congestion relief to that corridor.”

According to an NVTA press release, hundreds of people attended the meetings and commented on candidate projects, viewed project maps, spoke with transportation experts and gave input on projects they would like to see funded. In all, the authority received 346 comments on 24 proposed projects.

The NVTA was created by the General Assembly as a regional body to address transportation and other issues in Northern Virginia. The NVTA manages public funds for transportation projects designed to provide congestion relief throughout the region. Funds for NVTA come from a $.07-percent regional sales tax.