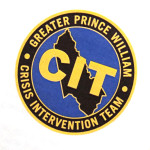 The Prince William County police officers now have a place other than the Adult Detention Center where they can take people who are suffering with mental illness. The county’s Crisis Assessment Center, which has been open since Nov. 30, works in conjunction with the Crisis Intervention Team members who are trained to deal with people with mental illness, said Ann Brown, a Prince William County Community Services Board Therapist.

Brown said that Crisis Intervention Team, or CIT, members go through 40 hours of training to learn communication skills and tactics they might use to defuse situations involving people having a mental health or intellectual-disability crisis.

Police officers who have gone through the training staff the assessment center seven days a week between noon and midnight. PWL “They have extensive training with role plays and extensive practice, which is designed to have better outcomes in dealing with mental health or intellectual disabilities consumers,” Brown said.

The officers also have help at the center. “We also have a peer support specialist. That’s a person who has lived their own mental health experience. They’ve probably been through some part of the temporary detention order and that individual is here for extra support,” Brown said. Mental health therapists are also on hand to provide comprehensive assessments to determine treatment needs.

A temporary detention order is called for when a person is having a mental health problem that brings them to the attention of the police.

The aim of the center is to keep people out of jail, if possible. A visit to the center could help deescalate a situation so that the need for incarceration is removed from the equation, Brown said. “We would like to divert people from jail. We also want to make the experience less traumatic for the individual, and in general, just have a gentler experience for the individual.”

Having the assessment center staffed with a detail officer also helps get patrol officers on with other things rather than waiting for people to be admitted to a hospital, Brown said. “I think it helps officers who are on the street to be able to go back to their duties. It’s usually a long period. It takes, sometimes, eight hours or more hours to get people placed in a hospital.”

Brown said the center helps everyone involved. “I think it helps the community because there are many people impacted by mental illness. If you’re a family member, sometimes you feel much better if the individual is brought into a more-friendly environment. The training helps the officer because they have additional skills to deal with mental health calls, so the situation doesn’t escalate.”