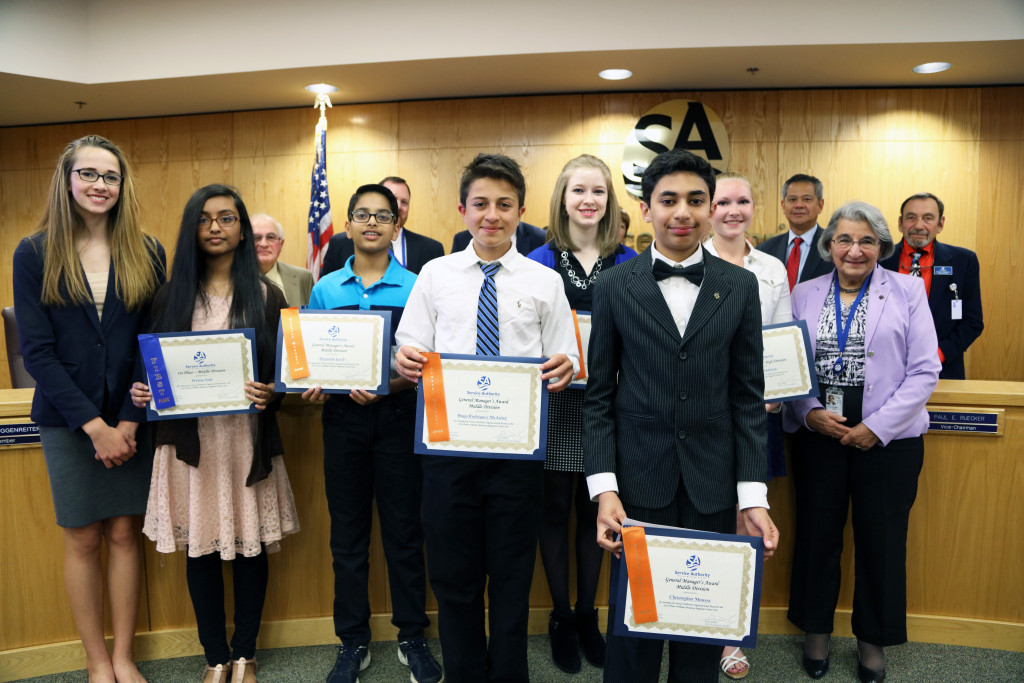 Did you know that carrots, sweet potatoes and eggplants can help rid water of heavy metals?

That’s what Wamia Said and Elena Novak of Ronald Reagan Middle School learned during the course of their award-winning science fair experiment this year.

On April 14, the Prince William County Service Authority honored Said and Novak and four other high school and middle school entries in the 2016 Prince William-Manassas Regional Science Fair. Each year, select Service Authority employees judge experiments related to water quality and the environment, and then award the winning entries with certificates and cash prizes from corporate sponsors.

“The Service Authority’s Board of Directors recognizes the importance of supporting and promoting the pursuit of Science, Technology, Engineering and Math (STEM),” said Service Authority General Manager Dean Dickey. “This commitment is demonstrated through their support of outreach programs like the Regional Science Fair.”

Said and Novak knew that having enough clean drinking water is a major concern in Third World and developing countries with heavy industry. After six months of research and several trials, the pair found that commonly grown crops like carrots, sweet potatoes and eggplants were helpful in adsorbing harmful metals like copper and iron that come from these industries without soaking up the water itself.

Not to be outdone was Battlefield High School sophomore Elizabeth Shablom, who followed in her older brother’s footsteps by winning the high school competition with her experiment demonstrating the impact ultraviolet light has on e. Coli. Nicholas Shablom, a senior at Battlefield, won the high school division last year. Elizabeth wants to major in nursing at the University of Washington in Seattle while Nicholas will be attending the University of Pennsylvania this fall.