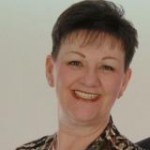 Manassas, VA – December 12, 2012 – Cruise Planners – American Express Travel’s Debby Culp recently took part in the “Cruisitude™ Revolution” at the Seminole Hard Rock Hotel and Casino in Hollywood, Florida and is ready to help clients plan their dream getaway in 2013. A travel advisor with the nation’s largest home-based travel agent franchise network in the cruise industry, Culp had the opportunity to meet with Home Office executives, industry leaders and nearly 500 agents to learn what Cruise Planners – American Express Travel and its’ partnering vendors have in store for 2013.

With early bookings for 2013 already up 27 percent compared to the same period last year and the company’s continued growth in land tours and package vacations over the past year, Cruise Planners – American Express Travel advisors anticipate smooth sailing and a banner year in 2013.

“Taking part in Cruise Planners – American Express Travel’s annual convention is always a wonderful experience that really enhances what I can offer my clients,” said Culp “It’s not only a great way to learn about upcoming cruise trends from industry experts but also a great place to exchange ideas with my peers. I’m confident that what I learned at the “Cruisitude Revolution” has prepared me well for another successful year ensuring that my clients get the absolute best offers and professional guidance.”

For the first time in the convention’s history, the company focused on the importance of social media while highlighting the advantages of online networking to increase future sales. Culp spent three days at the Seminole Hard Rock Hotel and Casino attending presentations and breakout sessions, getting tips from the best in the business while learning about new partner offers, signature technology and marketing tools.

Along with several new marketing initiatives and technological advances for travel advisors, a new consumer app was announced during the convention. With a naming competition currently underway, Cruise Planners – American Express Travel’s Home Office has already received more than 500 potential names for the application that will be available on both iOS and Android operating systems. The winning name will be announced in early January 2013 and the application will be ready for consumer download shortly after. To submit a name, text “CPAPP (app name here)” to #22333 or Tweet “@poll CPAPP (app name)” by December 31.

For more information or to book your next cruise vacation, please contact Debby Culp by calling 703-897-9923or visit www.acruiseforallseasons.com.  For the latest industry news and travel deals, connect with Culp by liking www.facebook.com/Debiscruisin.

Cruise Planners, an American Express Travel Services Representative, is the largest home-based travel agent network in the cruise industry with more than 800 franchise owners across the country that independently book cruises and associated travel. Named No.1 Cruise Tour / Travel Agency by Entrepreneur magazine for the past nine years, Cruise Planners positions franchise owners for success by providing them with innovative marketing, booking and lead-generating tools as well as professional development and hands-on training with the industry’s top executives.