~Meeting will include Virginia Secretary of Veterans Affairs and Homeland Security~ 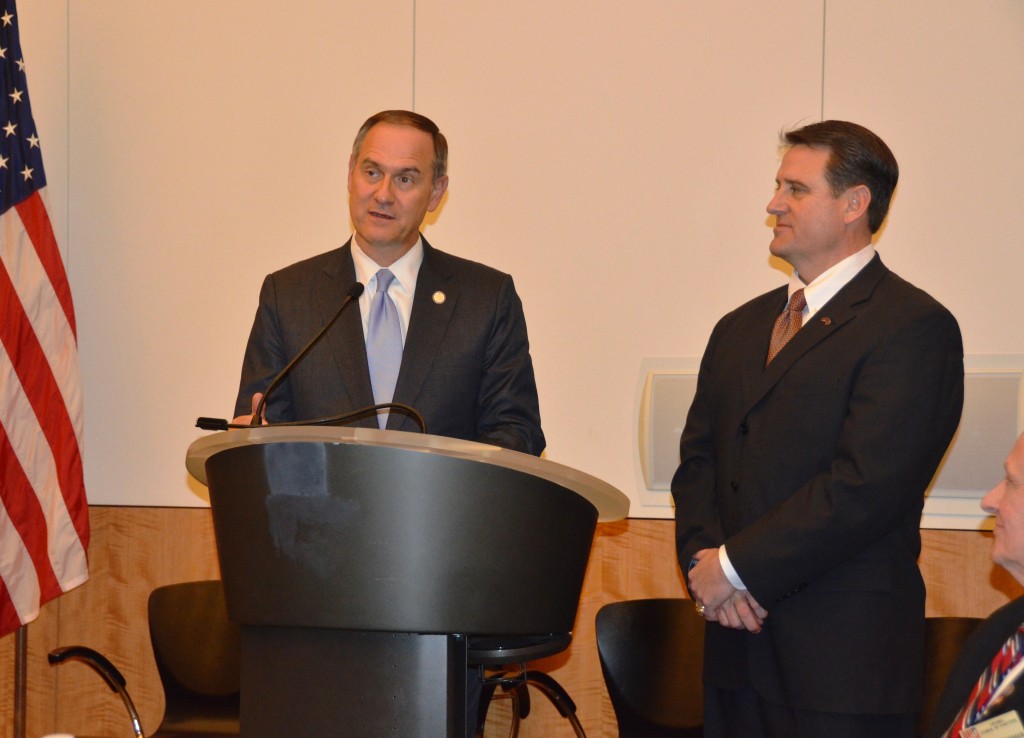 WOODBRIDGE – Del. Richard L. Anderson (R-Prince William) will host a 51st House District Town Hall on Sequestration on August 27th at 7:30pm at Lake Ridge Baptist Church in Woodbridge. The event comes as Virginia is working to mitigate the effects of the federal sequestration on residents of Northern Virginia and Hampton Roads.

In March of this year, Governor Bob McDonnell created the Virginia Commission on Military Installations and Defense Activities (COMIDA) to study how the Commonwealth can best mitigate the effects of sequestration over the next decade, as well as minimize the impact of potential military base closures in 2015 and 2017 through the Base Realignment and Closure Commission (BRAC) process.

The commission consists of 10 leaders drawn from the retired senior military officer community and the executive and legislative branches of Virginia state government. Anderson and Virginia State Senator Bryce E. Reeves (R-Spotsylvania) sit on the commission as co-chairs of the General Assembly Military and Veteran Caucus, which is the legislative clearing house for dozens of bills that make their way each year through the General Assembly for 830,000 Virginia veterans. In addition to Anderson and Reeves, the commission includes four retired four-star and three-star military officers and four cabinet secretaries.

In addition to Anderson and Reeves, the event will feature another commission member, the Honorable Terrie L. Suit, Virginia’s Secretary of Veteran Affairs and Homeland Security. The commission has been meeting since April and has visited military bases and other locations most vulnerable to sequestration and BRAC activities.

The general public is invited to the event on August 27th from 7:30 to 9pm at Lake Ridge Baptist Church at 12450 Clipper Drive in Woodbridge. Residents of Occoquan, Woodbridge, Lake Ridge, Manassas, Brentsville, and Nokesville are most affected and are invited to attend.

In announcing this community conversation, Anderson stated that “I hope as many of our neighbors as possible can attend on August 27th.  We’ll have the latest information on what Virginia is doing. But more importantly, we want to devote the bulk of our meeting to hearing first-hand what Prince William residents are experiencing. That way, we can best tailor Commonwealth plans to address their needs and concerns.”

At the meeting on August 27th, Anderson, Reeves, and Suit will report to local residents on initiatives to soften the impacts of sequestration and BRACs. Most of the meeting will be devoted to discussion, questions and answers, and testimony from Prince William County residents affected by sequestration, furloughs, and future reductions in force (RIFs).

If possible, participants are asked to RSVP to Del. Anderson’s legislative district office at 571-264-9983 or RGalloway@house.virginia.gov. This will permit planning for adequate seating. Requests for more information can also be directed to this office number or email address.

In preparing for the meeting, Anderson stated that “in the last three months, I have heard from several hundred 51st District residents who have been furloughed or otherwise touched by the federal sequester. Time is of the essence and we must move quickly to minimize future furloughs and potential RIFs. We’re already working on a comprehensive package of legislative proposals for the 2014 legislative session, and I want to hit the ground running next January.”