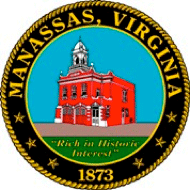 The City of Manassas is the contract purchaser of the land occupied by the East End Mobile Home Park and does not currently own it.  The City has repeatedly cited this privately held property over the past several years for cracks in its water and sewer systems. Residents have complained that the onsite sewer system has discharged raw sewage onto the ground, and the failing pipes also pose significant problems for the City’s utility system because storm water flows through the cracks in the property’s sanitary sewer pipes and from there into the City’s sewers. The failure of this property’s water and sewer systems is a public health and safety issue due to unsanitary conditions and the increasing difficulty that the City has in handling the volume of storm water.

The owner prefers to close the park in an orderly process. Once the residents have vacated the mobile home park and the owner has closed it, the City will then purchase the real estate, disconnect the system and clean up the site. This process allows residents time to relocate and may allow the City to recover some of its expenses by reselling the site in the future or by adapting it for public use.

Residents are currently being notified of these decisions by the property owner. Later this week the City will notify current leaseholders of a meeting to discuss the impact the sale may have on tenants of the park and how the City can help them.