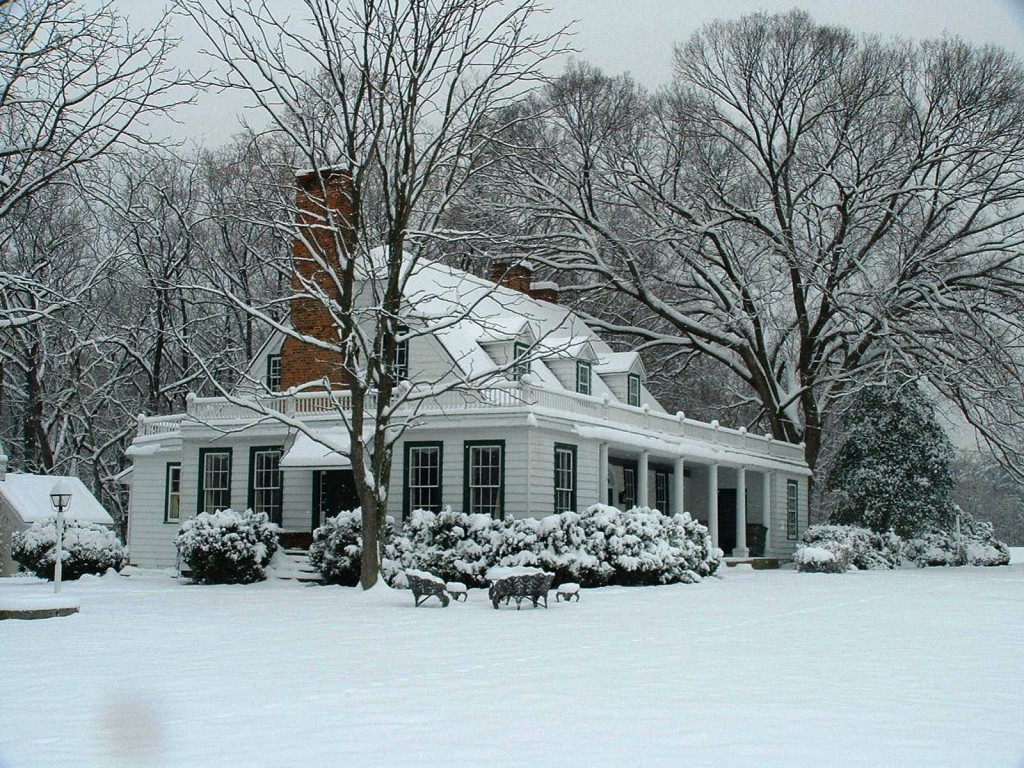 Christmas in the Colonial era was a sedate affair. Decorations were spare and lavish gift giving had not yet come into vogue.

On Saturday, Dec. 7, visitors to Rippon Lodge, located at 15520 Blackburn Road in Woodbridge, will be able to see examples of Colonial-era Christmas decorations, as well as decorations that would have been used during World War II. The lodge will offer candlelight tours on the half hour between 5-8 p.m. “We have half the house decorated for 18th -Century Colonial Christmas, and the other half of the house is decorated for World War II Christmas,” Super said.

During the World War II era, decorations would have been a bit more elaborate than Colonial decorations, but still would have been sparse compared to today’s standards. Many of the glass decorations people might have used on their trees were made in Germany, so people weren’t using them. Instead, people used other ornamentation on their trees. “Boxes of animal crackers were out in the 1940s and would have been hung on Christmas trees and they would have been used as a Christmas gift. That’s why they come with the little string on the box, so you can hang them on the tree,” according to Super.

Gifts under trees would have been placed there in plain, brown wrapping. “By World War II, there were some big changes during the war because of rationing. Paper was being rationed, so it was a lot of reduce, reuse, recycle type of Christmas decorations,” Super said.

A modern-day Santa will be at the lodge. Admission is $10 per person. Children under 6 are free. Reservations are requested for the tours. Parts of the tours will be outdoors, so visitors should dress accordingly.

Information contained on this page is provided by an independent third-party content provider. Prince William Living Inc. and it’s staff make no warranties or representations in connection therewith. If you have any questions or comments about this page please contact [email protected]