Prince William County is hosting an event on May 28 to add Major L. Eduardo Caraveo to the County’s War Memorial during a 10:30 a.m. ceremony at the McCoart Government Complex.

Major Caraveo was preparing for a deployment to Afghanistan when he was killed in the November 2009 terrorist attack at Fort Hood, which also took the lives twelve others. As a resident of Woodbridge, several constituents, in addition to a local VFW Post and the Dale City Purple Heart Chapter reached out to Supervisor Vega to have Major Caraveo’s name added to the County War Memorial, since he gave his life in service to our country. Supervisor Vega, with the assistance of her colleagues and the county, spearheaded the effort to add county residents who were active duty military members and killed “in the line of duty as a result of international or domestic terrorism.”

Major L. Eduardo Caraveo was born on Jan. 14, 1957 in Ciudad Juarez, Mexico. He moved to El Paso, Texas as a teenager, and knew very little English. Despite this, he graduated from The University of Texas at El Paso with a Bachelors of Science in 1979 and a Masters in Education in 1980. He also earned a Masters in Psychology from Texas Tech University, a Doctorate in Psychology from The University of Arizona and completed a Post Doctorate M.S. in Clinical Psychopharmacology at New Mexico State University. He was the first in his family to earn a college degree.

Major Caraveo worked in private practice until he felt the call to serve his nation and entered the Army Reserves in March of 1999 at the age of 42. In November 2009, he was preparing for his first overseas deployment to help soldiers deal with the stresses of war when he was killed during the terrorist attack at the Fort Hood Army Base in Texas. He was subsequently awarded The Purple Heart Medal and is buried at Arlington National Cemetery.

Major Caraveo’s humble beginnings in Juarez gave him appreciation for people and the ability to look at obstacles as a challenge to grow and do better. He believed in education and that hard work always pays off. He believed that everyone has the ability to break through boundaries. He worked for the Federal Bureau of Prisons for over 15 years. Work took him to many places including Arizona, Pennsylvania, California, and the Northern Virginia / DC Metro area, where he lived and had a private practice as a clinical psychologist right here in Prince William County.

Major Caraveo’s surviving spouse, one of his sons, and several other friends and family members will be coming in from all over the country to attend and honor his service tomorrow. 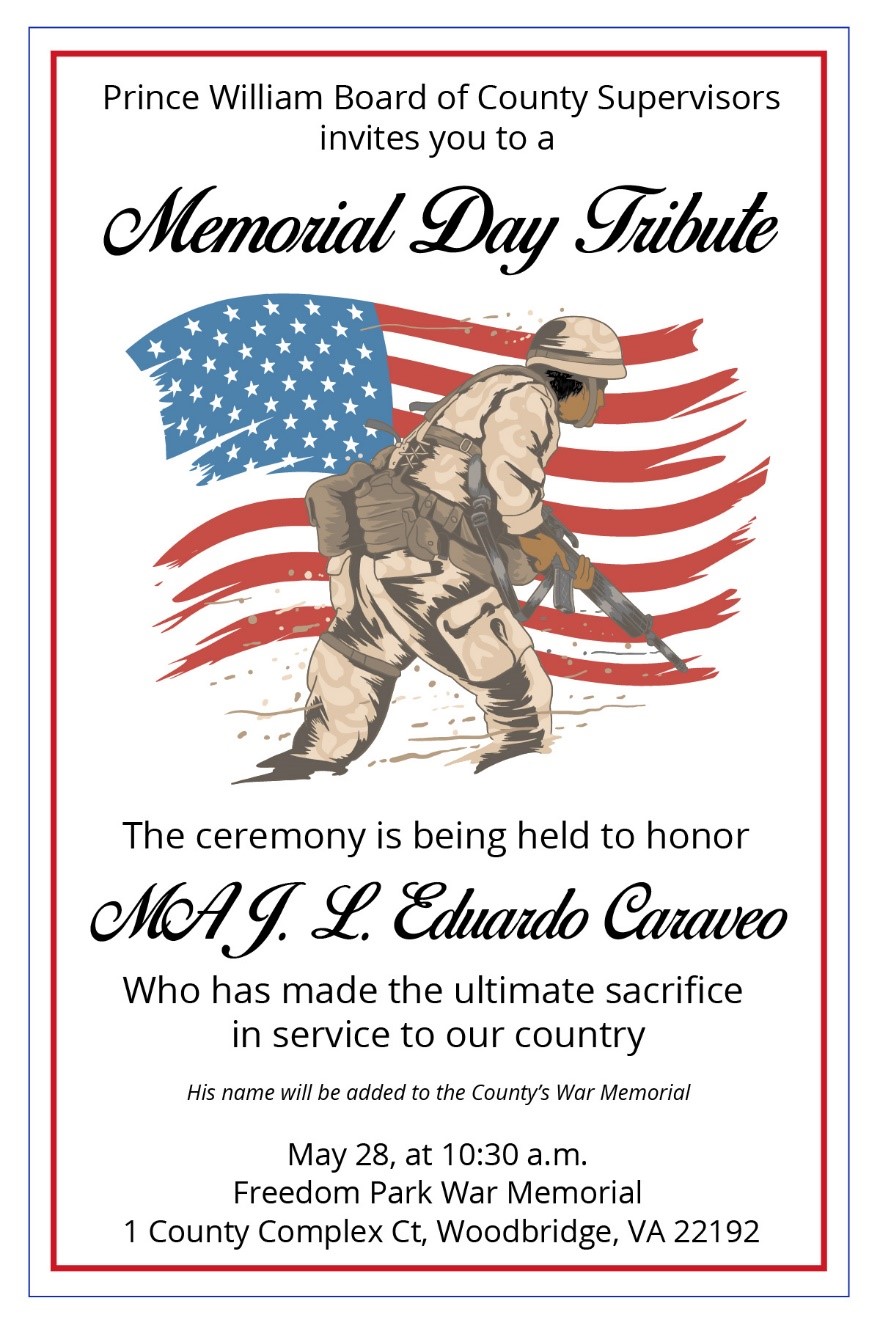