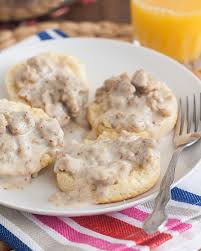 Trying to get back in the right frame of mind after being on vacation for a whole week is hard. We recently spent a week in the Outer Banks of North Carolina, and it was nice to disconnect. It was nice to get away from work, responsibility, and all of the current events that surround “Home.” I was literally Good for Nothing! We slept until at least 9:30 a. m., much later than the typical 4:30 a. m. wake up call that beckons us when responsibility calls. My mother-in-law even mentioned,“What, do you think you’re on your honeymoon?” Well, I just grinned and gave her that I’m-Good-for-Nothing-right-now look.

We weren’t totally without responsibility; we do have a kid to watch after, but he’s old enough that he takes care of himself, for the most part. Even he knows, though, while on vacation, I’m Good for Nothing. Sitting on the beach, we witnessed a beautiful wedding, watched various sightseeing airplanes fly by and the occasional boat pass, but for the most part, yep, you guessed it… we were good for nothing.

Vacation did have its moment culinary delight, and with my favorite Sous Chef by side, we were able to pull it together for one great breakfast worthy of the Firehouse. One that would probably get praise from the Chief, much like the scene in the holiday Christmas classic “The Christmas Story,” when young Ralphie Parker imagines an A+ for his theme writing. Southern Biscuits and Gravy from scratch is not that hard, and with the right tools, some good ingredients and a little help, you too can be hoisted into the air, on the shoulders of your brethren.Or, if you screw it up, you’ll be “Good for Nothing”  – and “That’s Bringing the Firehouse Home!”

2 cups milk, or as needed

¾ cup all-purpose flour, or as needed

salt and pepper to taste