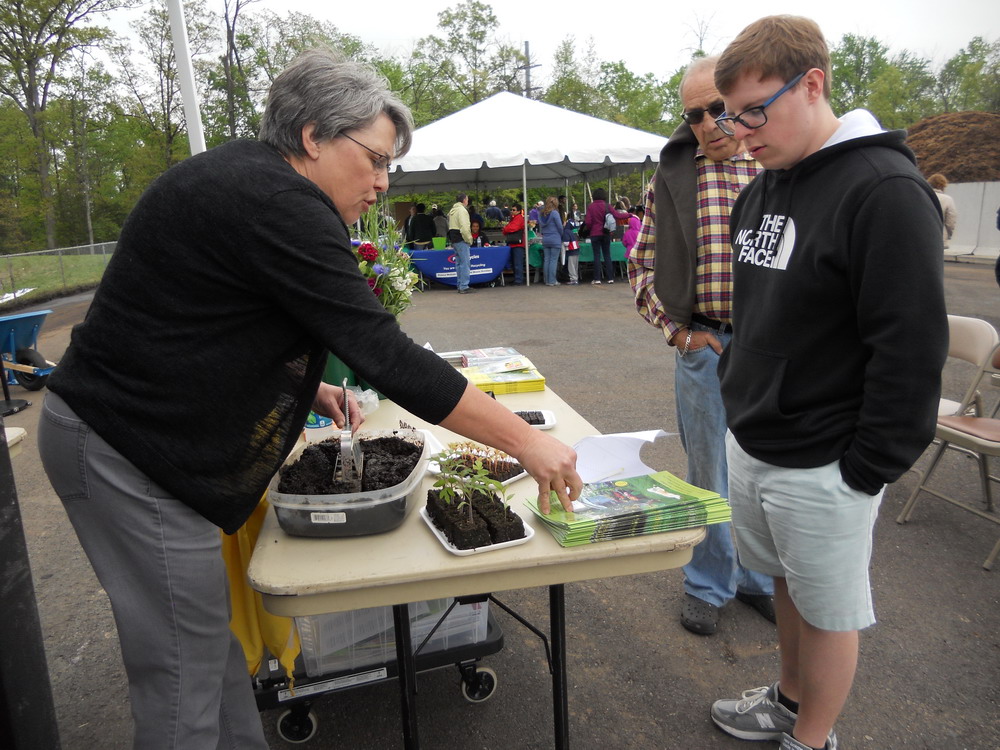 Looking to give your garden a boost this season? Several Prince William residents are utilizing nutritious compost from the county to support soil quality and plant growth in their backyards.

Learn how your family can start composting at the 5th annual Compost Awareness Day on Saturday, April 29th from 10:00 a. m. – 2:00 p. m. at the Balls Ford Road Composting Facility. Prince William’s event coincides with International Composting Awareness Week, which is the largest education initiative aimed at promoting the benefits of composting for effective waste management.

Mary Lightfoot, a Prince William resident with a true knack for gardening regularly attends the event, ““I always look forward to it every year. I always make friends there too, and you learn from other people in the community.”

Composting is an environmentally sound way to fertilize your garden, since it eliminates the need for harsh chemical fertilizers. Diverting organic waste, such as kitchen vegetable scraps and leaves, from the waste stream through composting conserves space in the county landfill, increasing its lifespan.

The Balls Ford composting facility is a contract operation overseen by Prince William County’s Solid Waste Division. Compost operations divert approximately 14% of the waste that would normally be buried in the landfill. During 2016, 24,103 tons of yard waste was composted at Balls Ford, meaning 20 days’ worth of landfill space was saved.

County citizens bring in yard waste in the form of leaves, grass, brush, or garden trimmings. Over a nine- to twelve-month period, the waste is aerated, routinely rotated and broken down by microbes resulting in a nutritious soil and mulch product which is then sold back to the community. The operation is an all-natural process that uses heat rather than chemicals to screen out bugs and undesirable materials.
While the county currently composts only pre-consumer waste, many families in Prince William are composting kitchen scraps on a personal scale as well.

“I like to do composting because it keeps a lot of material that’s great for your garden out of the landfill,” says Lightfoot, “In the winter I grind up kitchen scraps and store it in an old paint bucket”
Compost Awareness Day is a great event to get started on your own garden or backyard composting system. Plants, as well as composting bins to set up a system at home. Exhibits will be set up to inspire the community on best practices.

Demonstrations will be given throughout the event by VA Cooperative Extension: Prince William Master Gardeners, with topics ranging from container gardening to vermicomposting, which uses worms for composting. Mary Lightfoot, now 72 years old, has been gardening all her life and she still enjoys the tips and tricks she learns from the event demonstrations.

“I like the speakers because you can always learn something new,” says Lightfoot. “They make it interactive so you can learn from other people in the community as well.”

Composting is just one of the green initiatives taken on by Prince William’s Solid Waste Division, including building a 1000-acre Eco Park Complex encompassing the landfill. The county plans to develop solar power, wind energy and a net-zero energy education center in the future.

For families who arrive early enough, compost coupons and samples and door prizes will be given out while supplies last. To learn more about purchasing compost or dropping off yard waste, visit pwcgov.org/government/dept/publicworks/trash/pages/compost.aspx.