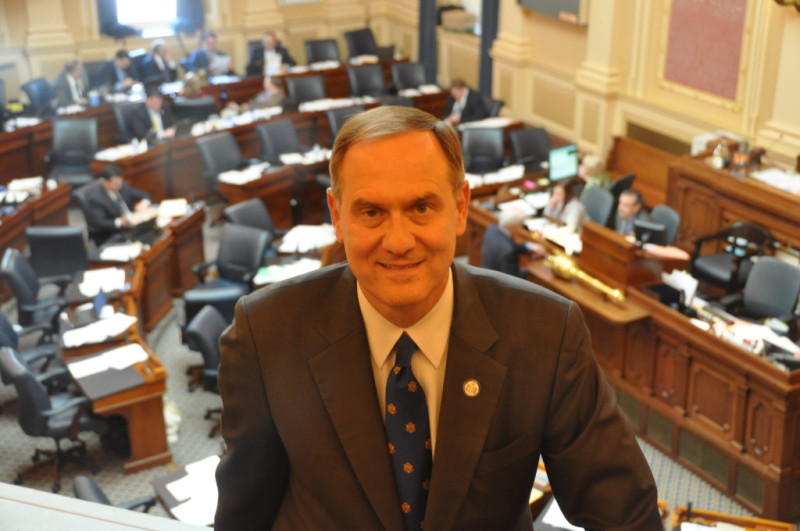 The two legislators will convene the hearings in House Room 3 of the Virginia state capitol building on Tuesday, September 23rd, from 2-4pm. All members of the general public and interested organizations are invited to attend and speak.

The Franklin Privacy Caucus takes its name from a sentiment expressed by founding father Benjamin Franklin that “they who can give up essential liberty to obtain a little temporary safety deserve neither liberty nor safety.”

LPRs are high-speed cameras that are mounted on the trunks of law enforcement vehicles and record the license plate numbers of vehicles that pass within the view of the camera lens. Data is then stored for an undetermined period of time for crime fighting needs and prosecuting potential criminals. Conversely, civil libertarians are concerned that the indiscriminate collection of data on private citizens amounts to the unconstitutional tracking of law-abiding people and is subject to compromise and potential abuse.

During the 2014 legislative session of the General Assembly, Anderson and Petersen patroned identical bills to specify ground rules for the use of LPRs by local law enforcement agencies across Virginia. Because of the technical nature of this equipment and privacy concerns expressed by Virginia citizens and organizations, the two legislators asked that their bills be delayed until the 2015 session of the General Assembly to permit consultation with law enforcement officials and citizen groups.

The first such public discussion of LPR technology and its use took place on Saturday, September 6th, on the campus of Virginia Commonwealth University in Richmond. The event, dubbed as the “Joint Summit of the American Civil Liberties Union (ACLU) and Virginia Federation of Tea Party Patriots,” brought together two unlikely groups to discuss an issue on which they share common views. At the summit, Del. Anderson spoke as a panel member with Ashland Mayor George Spagna, who shares Anderson’s belief that a set of concrete rules be created for the use of LPR technology. Additionally, former Virginia Attorney General Kenneth T. Cuccinelli II and Virginia ACLU Executive Director Claire Guthrie Gastanaga spoke as panel members on the Constitutional issues surrounding the use of LPRs.

The September 23rd hearings to be hosted by Anderson and Petersen will provide a forum at which Virginia’s law enforcement community, the general public, and other interested citizens and organizations can express their views on rules that should be included in bills offered by Anderson and Petersen during the 2015 legislative session. The annual session convenes in January of next year and lasts until the end of February.

Locally, the Prince William Committee of 100 will host a community discussion on the use of LPR technology on the evening of November 20th. A panel of knowledgeable individuals will discuss  issues surrounding the use of LPRs in Virginia. In the coming weeks, information will be posted at http://pwc100.com.

In speaking about the use of LPRs by local law enforcement in Virginia, Anderson stated that “we must strike a reasonable balance between the crime fighting tool that this technology represents and the privacy and other Constitutional rights of citizens in Prince William County and across Virginia. My bill, which I submitted in 2014 and delayed until 2015, reflects the views of our Prince William neighbors and will specify a reasonable rule set for the use of this new technology.”