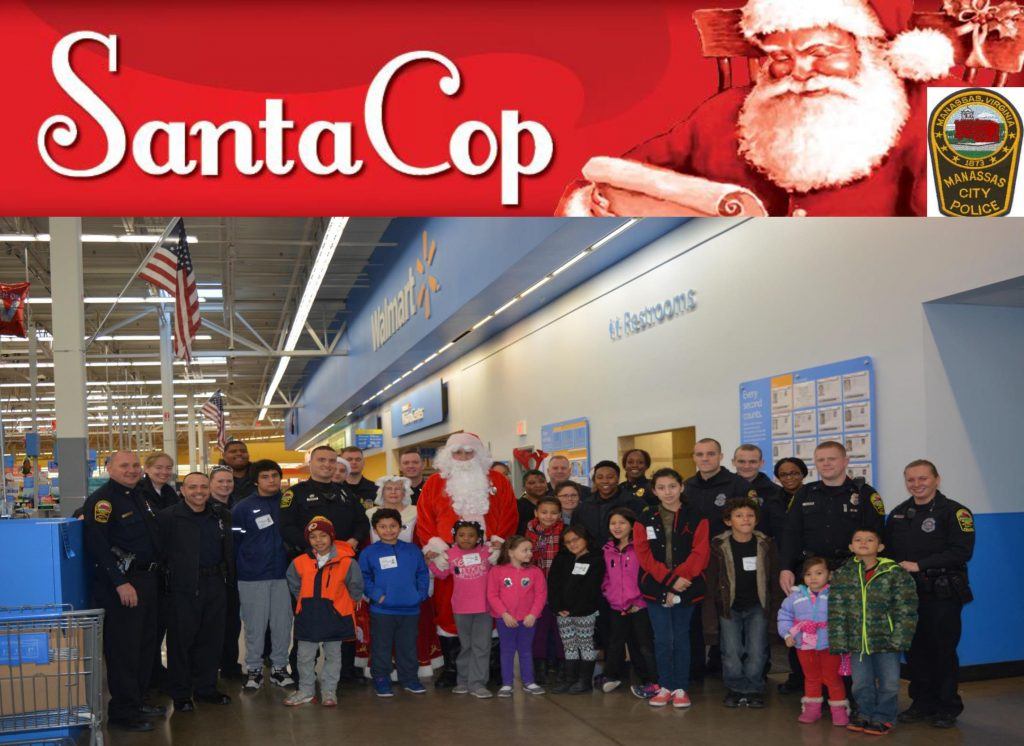 At this time of year with gift giving and holiday cheer, City of Manassas staff took some time out to give back to the community.  During the 12 Ways of Giving campaign, city staff stuffed envelopes for Project Mend-a-House, helped out at the Animal Shelter, organized arts and crafts at the Boys & Girls Club, sorted food at St. Lucy’s Project, took part in home repair with Habitat for Humanity, worked with residents of Caton Merchant House, sang Karaoke with seniors from the Manassas Senior Center and so much more.  The 12 Ways campaign ended with some local celebrities reading to children from the Manassas Boys & Girls Club.
The City Manager’s office collected hats, gloves, scarves and socks that were donated to SERVE to help keep folks Warm for the Winter.  Members of the City Manassas Fire & Rescue System bought and wrapped gifts for 40 children working with the City’s Social Services Department.  Hopefully, these children will have a happy holiday season.  City of Manassas Fire & Rescue also participated in Wreaths Across America on Dec. 17.
Members of the Manassas City Police Department participated in Santa Cop.  This is a program where local Police take children on a shopping spree in Walmart.  Numerous businesses and private donations fund the event.  Twenty-two members of the Manassas City Police Department took part in the event this year.
Share. Twitter Facebook Google+ Pinterest LinkedIn Tumblr Email
Previous ArticleProject Mend-A-House Names Volunteer of the Year Award Winner
Next Article End of the Year Transportation Updates