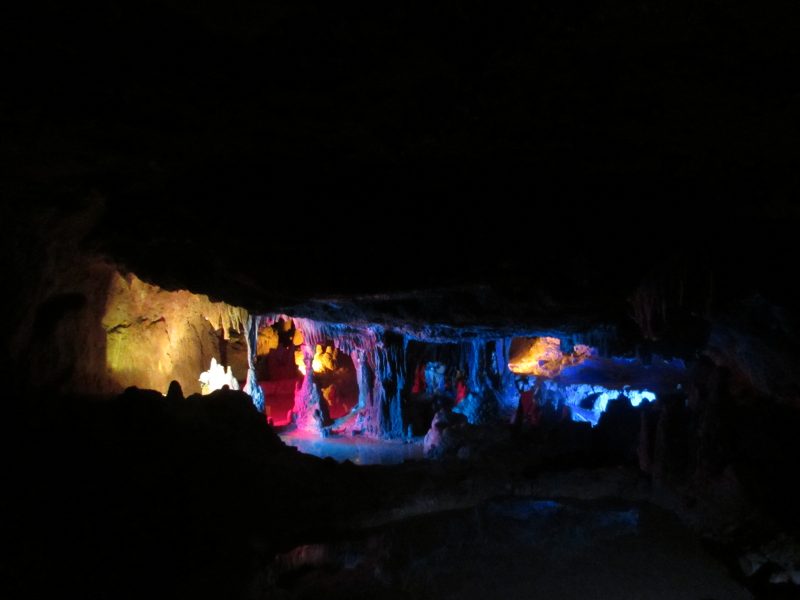 The colors of Grand Caverns

The mountain region of Virginia is known for its numerous caverns. Among these caverns is Grand Caverns in the small town of Grottoes. These caverns are often overshadowed by Luray Caverns located north of here.  Like other caverns, it has its unique features. It was the first show cave in the United States.  Discovered in 1804 by Bernard Weyer, it was opened in 1806, and it is the oldest continuous show cave in the United States. When you visit, you will see why.  (The nearby town of Weyers Cave is named after the man who discovered this cavern, and the cavern was once called Weyers Cave before it was re-named Grand Caverns.)

What to See at Grand Caverns

The journey begins in an old stone cottage.  What is special about this stone cottage, which houses the gift shop and the place to purchase tickets for the cavern tour.  From there, you walk up a hill to where the cavern tour will begin; while waiting for the tour to begin, you can visit the museum.  The caverns have many formations like the columns and stalactites and stalagmites. There’s a formation that looks like bacon, cave bacon.  (Sorry.  It is not edible.) There’s even a formation that looks like General George Washington.

After exiting the caverns, there’s still more to see.

A walking trail goes along the South River, and there’s a small waterfall. There are picnic tables and shelters, along with a miniature golf course and a swimming pool (open seasonally). Fountain Cave, which you can crawl through, is nearby.  (Please note that you will get dirty and special clothes are required.) 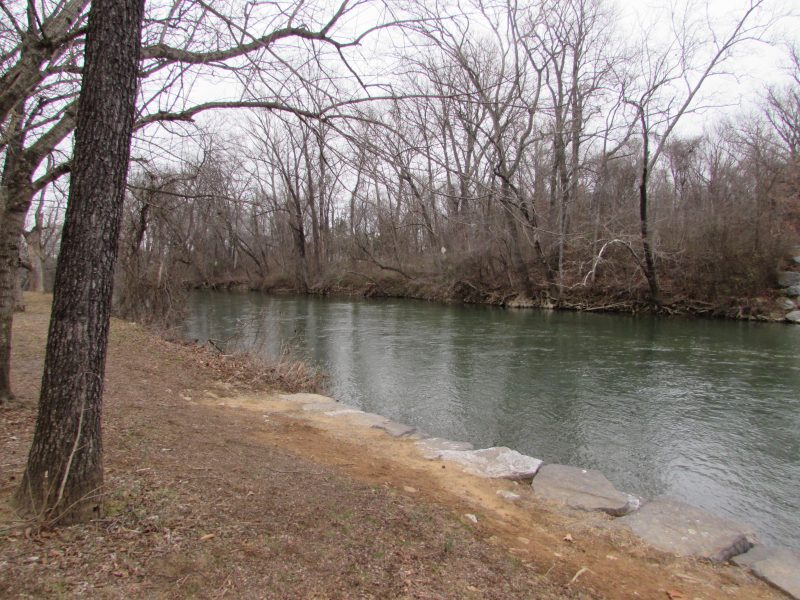 Grand Caverns and Fountain Cave are not wheelchair accessible. There is a hill from the parking area to the entrance to the cavern, but it is a paved walkway making it easier to walk up. At the top of the hill, you must climb stairs to get to the entrance.  In the cavern, there are 100 steps to climb, including a stairway that has 30 steps. The walking trail is gravel but could be used by wheelchairs.  Fountain Cave is open seasonally and involves tight spaces. Grand Caverns is open year-round.

Grand Caverns is a National Natural Landmark.  It is owned and operated by the town of Grottoes, Virginia.  It is at 5 Grand Caverns Drive in Grottoes, Virginia.  It is half a mile south of Virginia Route 256, one mile west of U.S. Route 340 and five miles east of Interstate 81. (Signs will direct you to the cavern.) Parking is on site. More information on the hours, and admission, and the rich history of the cavern is available at grandcaverns.com/.

The next time you need to do something grand, visit Grand Caverns.  You are guaranteed to have a grand time.