CAP HAITIEN, Haiti – On the five-year anniversary of Haiti’s devastating January 12, 2010 earthquake, a Haymarket, Va. non-profit is on the ground and continuing to help orphans there. 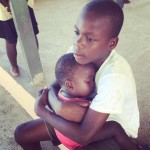 Two Helping Haitian Angels (HHA) volunteers from the U.S. are currently in Haiti with 16 additional volunteers arriving on January 23.

The U.S. Geological Survey measured the 2010 Haiti earthquake as a magnitude 7.0 temblor. The Haitian government estimates the earthquake killed over 200,000 people, with hundreds of thousands other people injured or left homeless.

Having already recognized the extreme need of Haiti’s most vulnerable people – its orphaned children – and established a support network prior to the earthquake, HHA rapidly mobilized, collected donations and deployed volunteers to provide vitally needed, lifesaving assistance after it struck. 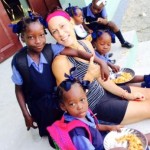 The Christian non-profit’s major project, the Kay Anj Village, has eight family homes, a church, school and sustainable farming. The village school opened in October 2014. Currently, 91 children enjoy a cutting-edge curriculum, and at its planned capacity, the school will educate 250 children.

Debbie Harvey says instruction is in Haitian Kreyol, their native tongue, so that the children can learn more successfully, be empowered and become leaders in their country. Children will receive French and English as foreign language classes beginning in fourth grade.

Founded by Haymarket residents Bill and Debbie Harvey in 2008, HHA’s mission is to care for orphaned children “Angels” in Haiti by raising them to become happy, successful members of their communities who will have the tools to positively impact future generations. 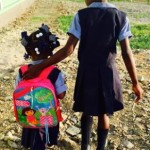 While Haiti has made progress over the last three decades on the United Nations Human Development Index (UN HDI), it has the lowest HDI ranking in the Western Hemisphere and is 168th out of 187 countries assessed by the UN in 2014. A country’s development score is based on life expectancy, years of schooling, and per capita gross national income.

To accomplish its mission and get the maximum impact from donated time, money and materials, Helping Haitian Angels staff members work closely with other non-governmental organizations including Living Water and Food for the Poor. 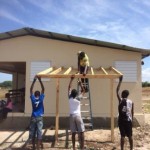 Work on the Kay Anj Village continues, and HHA is one-third of the way to reaching their target for donations needed to achieve their full vision of completion. They welcome volunteers who have a passion and willingness to help their organization. 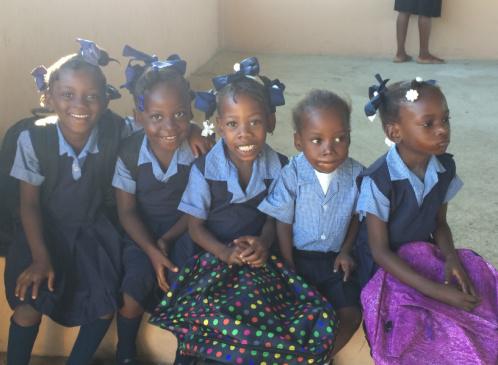