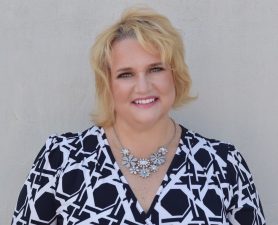 Let’s talk about integrity. This wasn’t the topic I started to write about this month, but considering all that has transpired, it seemed timely and more than relevant.

Over the past few weeks, we’ve watched various people in many careers stepping down or undergoing an ethics review. It even has a name, “the Weinstein Effect,” after the disgraced Hollywood media mogul, Harvey Weinstein – just in case you’re that one person in a million who missed it.

Bad behavior, and in many of these case cases, illegal sexual harassment and assault, whether it happened thirty years ago or thirty minutes ago, is a crime. A crime in the sense of you go to jail and face punitive damages. A crime in that it robs another person, in most cases, young women, of their dignity, a sense of self, and self-respect.

People who use their power or perceived power to prey on others lack integrity. Merriam-Webster defines integrity as “a firm adherence to a code of especially moral or artistic values; incorruptibility.”

From my work with teams and managers/leaders within the Beltway and across this country, integrity is one of the first qualities people say they want in their leaders, colleagues, and organizations. Everyone says that they themselves have it. (Do you know anyone who will say, “Nah, I don’t have any integrity”?)

If the reprehensible behavior of politicians, business leaders, religious leaders, and anyone in a position of power isn’t enough to make your angry, let’s look at the financial costs.

According to the Office of Compliance, Congress has paid out more than $17 million to victims from 1997 – 2017. These are our tax dollars. Is this how we want them being used? To clean up after an elected official who couldn’t understand what it meant to treat a person with respect and dignity? I don’t know about you but it’s a hard NO for me.

How do we demonstrate integrity?

I don’t know how we got this far away from coming from a position of integrity – but I will actively work towards moving back to it.

Will you join me?

Melissa Davies is an executive leadership coach and facilitator as well as the author of “How Not to Act Like a BLEEP at Work”.  She resides in Prince William County and runs Wise Ways Consulting, which specializes in leadership, management and team development, executive coaching, group facilitation and high-engagement training.  She can be reached at info@wisewaysconsulting.com or through wisewaysconsulting.com