After losing an entire season of in-person programming to the COVID pandemic, Hylton Performing Arts Center’s staff and performers are both “grateful” and “excited” to be back for the 2021-22 season, according to Hylton’s Executive Director, Rick Davis. Although Hylton has continued offering digital content for its patrons throughout the pandemic, Davis spoke to what it’s like to get back to a regular season again.

“When you work in the performing arts, either as an artist or as a staff member on the venue side, you come to depend on the audience interaction for your energy, for your sense of purpose, but to get back into a season that has the structure and the level of incredible artistry that we’re used to, people are just grateful for that opportunity,” he said.

As a part of George Mason University, Hylton Center is serious about safety. George Mason is home to some of the leading scientists of the pandemic who have been featured on NPR and in the New York Times.

“We have access to good information and good guidance. And I think people can feel comfortable that we have their safety number one in mind. We’re not going to do anything that we think is dangerous or uncertain. I would say you’re in good hands with George Mason,” said Davis.

Davis also pointed out that Hylton Center will be following George Mason’s protocols for COVID safety, which are top-notch.

“George Mason’s protocols are widely regarded as some of the most successful in the country in higher education. We had and have one of the lowest rates of infection of any major university. And we’re very proud of that, because we took really serious action early and rigorously,” he said.

“To be very specific, we are requiring masks for all indoor activities, all patrons and staff. The artists on stage will, at this point, not be required to wear masks because there’s distance around them, and there’s airflow that protects everybody from that. We are planning to be at full capacity in terms of audience,” continued Davis.

Social distancing of three feet will be set up between families for the performances that are part of the family series due to children under a certain age not being able to get vaccinated yet. In all of the George Mason classrooms and Hylton Center theaters, airflow testing has been done to make sure there’s enough air exchange to continually exhaust old air and bring in fresh air.

“[The airflow testing] has proven to be one of the most important things for safety and comfort, and I think it’s great if people can understand that we’ve applied the best practices in the safety industry to keep people safe,” said Davis.

Hylton on the Hill

Hylton Center opened the 2021-22 season in September and October with its Hylton on the Hill outdoor concerts. This series featured performances by groups such as The U.S. Army Band Downrange, The Grascals, a bluegrass and country music group, Bumper Jackson, a country/Americana band and Carly Harvey’s Kiss & Ride featuring blues music from award-winning artist Carly Harvey. 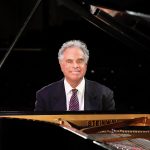 The Hylton Presents series started in October with the very popular Keyboard Conversations® with Jeffrey Siegel and the Metropolitan Jazz Orchestra. This month The War and Treaty will perform A Concert Celebrating Veterans and the Arts on Sunday, Nov. 14 at 7 p.m.

“They’re just amazing. They are veterans, and the concert is going to have a really beautiful meaning, I think for our veteran population, but also for the general audience who just likes good music,” said Davis. 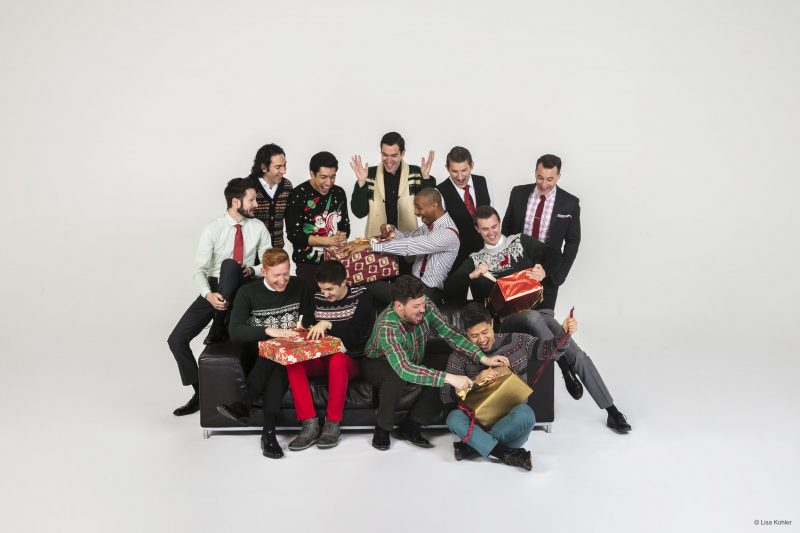 Next up is Chanticleer, a favorite of the Hylton Center, with A Chanticleer Christmas on Sunday, Nov. 28 at 4 p.m. Chanticleer is a multiple Grammy-winning acapella male singing group. The Chanticleer performance usually kicks off the holiday season at Hylton.

Jane Lynch’s A Swinging’ Little Christmas takes place on Sunday, Dec. 5 at 7 p.m. You might know Jane Lynch from the show Glee, among others. The performance also features Kate Flannery, who played Meredith on The Office. And the American Festival Pops Orchestra performs Holiday Pops: Songs of the Season on Friday, Dec. 10 at 8 p.m.

Velocity Irish Dance, a “well-regarded company in the Irish dance field with championship dancers,” will perform on Sunday, March 6 at 4 p.m. And on Sunday, March 27 at 2 p.m., Keyboard Conversations® with Jeffrey Siegel is back with Storytelling in Tones.

The dance and acrobatics group Acrobuffos will perform Air Play on Sunday, April 24 at 4 p.m. Davis said of the performance, “It’s just absolutely beautiful and very family friendly.” Finally, the American Festival Pops Orchestra returns with Broadway’s Best on Saturday, May 14 at 8 p.m. 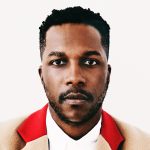 On Saturday, April 30 at 8 p.m., there will be a very special performance by Leslie Odom, Jr., who played Aaron Burr in the musical Hamilton. Odom is the featured artist for the 12th Anniversary Hylton Center Gala. “We’re just unbelievably excited about that,” said Davis.

“Thrilled to be Back in Business”

Davis reiterated how thrilled the Hylton Center is to be back in business. “It was a hard year. A lot of artists’ careers were disrupted, and we have tried to be a good partner with all of our folks, our staff, and our resident arts partners, and with our professional relationships. Anytime we had to cancel somebody, we offered them a new gig, and I think it’s really important that people know how deeply committed to keeping the arts going we all are,” he said.

Hylton’s 2021-22 season also includes the Hylton Family Series and Matinee Idyllis. For information on those performances and tickets to any others, including performances by additional groups in partnership with Hylton Center, visit their website at hyltoncenter.org or call 703-993-7759. You can also visit the
ticket office at 10960 George Mason Circle in Manassas.

Amy Falkofske is a freelance writer and photographer. She has a Master’s degree in Film-TV with a concentration in screenwriting. She lives in Bristow with her husband, two boys and two Beagle dogs