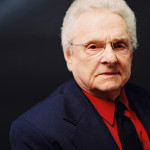 Manassas, Va – Revered bluegrass patriarch Dr. Ralph Stanley and The Clinch Mountain Boys return to the Hylton Performing Arts Center in Manassas on Saturday, May 4, 2013 at 8 p.m. for an unforgettable evening of music that will warm the hearts and touch the souls of bluegrass fans across the generations. A pre-performance discussion by Randy Barrett, president of the D.C. Bluegrass Union, is free to ticket holders and begins 45 minutes prior to the performance in the Hylton Center’s Buchanan Partners Art Gallery. Prince William Health System is the 2012-2013 Hylton Presents Season Sponsor.

“Easily the most eminent bluegrass singer in the world,” raves NPR’s Fresh Air about this incredible legend 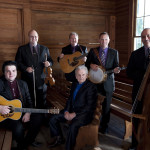 Dr. Ralph Stanley and the Clinch Mountain Boys
Photo by WIll McIntire

who hails from rural southwestern Virginia. Born in 1927 in Big Spraddle, Va., Dr. Ralph Stanley has spent more than six decades honoring and preserving traditional bluegrass, old-time and mountain music with his celebrated band, The Clinch Mountain Boys, which he formed in 1946 with his late brother, Carter Stanley. After his brother’s untimely passing, Stanley soldiered on and shifted the band’s musical emphasis from up-tempo bluegrass to an older, sadder, less adored mountain style, while nourishing young talents like Ricky Skaggs, Keith Whitley and Larry Sparks, who all performed with the band throughout the years. In the last several decades, Stanley has earned an extraordinary collection of accolades, including an induction into the International Bluegrass Music Hall of Honor and the Grand Ole Opry, three Grammy Awards (the first was for his contributions to the soundtrack for the hit film, “O Brother, Where Art Thou?”) and the National Medal of Arts. The Ralph Stanley Museum and Traditional Mountain Music Center opened in Clintwood, Va. in 2006, and his autobiography, “Man of Constant Sorrow,” was released by Gotham Books in 2009. When he is not touring, Stanley continues to live in rural southwestern Virginia with his wife, Jimmi, of nearly 50 years.

The Clinch Mountain Boys live communities throughout the mountains of Virginia, Tennessee and Kentucky. Each week, they gather together in Coeburn, Va. where their tour bus is parked and head out on the road. In addition to Dr. Ralph Stanley, the group consists of guitarists Ralph Stanley II (Stanley’s son), Nathan Stanley (Stanley’s grandson, who occasionally plays mandolin) and James Alan Shelton; fiddler Dewey Brown; bassist Jimmy Cameron; and banjoist Mitchell Van Dyke.

This performance is a part of the Hylton Performing Arts Center’s 3rd Anniversary Gala on Saturday, May 4, 2013 at 5 p.m., honoring Randall Edwards, Marvin L. Gillum (in memory) and the Honorable Kathleen K. Seefeldt, for their visionary leadership in the creation of the Hylton Performing Arts Center and their support of the Prince William Campus of George Mason University. This annual event raises funds for the Sen. Charles J. Colgan Community Arts Benefit Fund, which enables local arts organizations to present at the Hylton Center and make it their artistic home. For more information, please contact Eileen Kennedy at (703) 993-6092.

Tickets for DR. RALPH STANLEY AND THE CLINCH MOUNTAIN BOYS are $38, $46 and $54. Visit the box office (open Tuesday-Saturday 10 a.m. to 6 p.m., Thursday 10 a.m. to 8 p.m.) or charge by phone at 888-945-2468 or visit HyltonCenter.org. The Hylton Performing Arts Center is located on George Mason University’s Prince William Campus at 10960 George Mason Circle, Manassas, Va., 20110. FREE parking is available in the lot next to the Hylton Center. For more information, please visit HyltonCenter.org. Like us on Facebook at Facebook.com/HyltonCenter and follow us on Twitter at @Hylton_PAC.