“Hylton in the Highlands: A Festival of Scotland”

Spend the day celebrating the rich culture and history of Scotland with performances, exhibitions, presentations and interactive experiences for all ages

MANASSAS, Va. – From fiddles to Scott.ish country dancing to bagpipes, tea and Scotch whisky tastings, there’s something Scottish for everyone at the Hylton Performing Arts Center’s “Hylton in the Highlands: A Festival of Scotland” on Saturday, Jan. 24, 2015 from 10 a.m. to 6 p.m.

“We are so excited to bring out our second edition of ‘Hylton in the Highlands: A Festival of Scotland,’” said Rick Davis, executive director of the Hylton Center. “There’s something about the people and traditions of Scotland that makes them fun and accessible for everyone – whether it’s their music, food, ingenuity, bravery, arts and crafts or just general good spirits. Come one, come all!” 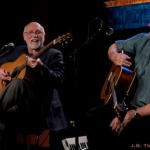 The festival features a fun-filled day of activities for adults and children, including:

The dynamic trio of Elke Baker, Ken Kolodner and Brad Kolodner explore the evolving traditions of Celtic music and its influence on the old-time music of Appalachia. 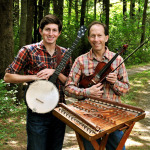 Tickets to “Hylton in the Highlands: A Festival of Scotland” include all-day access to all performances, interactive experiences, presentations and exhibitions. Tickets are $20 for adults and $5 for children, or $40 for a family 4-pack (2 adults/2 children). Additional fees apply for A Taste of Scotland events. For more information and to purchase tickets, please visit http://HyltonCenter.org/scottish. Tickets can also be purchased by calling 888-945-2468 or by visiting the Hylton Center ticket office, open Tuesday through Saturday, 10 a.m. to 6 p.m., and Thursday, 10 a.m. to 8 p.m.

Special thanks to the following:

Honorary Patron of “Hylton in the Highlands: A Festival of Scotland”

Scotch whisky for the master class and Burns Night Supper provided by:

The Hylton Performing Arts Center is located on George Mason University’s Prince William Campus at 10960 George Mason Circle, Manassas, Va., 20110. Free parking is available in the lot next to the Hylton Center. For more information, please visit HyltonCenter.org. Like us on Facebook at Facebook.com/HyltonCenter and follow us on Twitter and Instagram at @Hylton_PAC.