“THE GREATNESS OF CHOPIN” 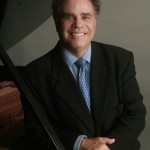 MANASSAS, Va., Dec. 13, 2012 – Audiences will gain a greater appreciation for one of the great masters of the Romantic period as virtuoso pianist Jeffrey Siegel delves into the work of Frédéric Chopin when he brings his acclaimed Keyboard Conversations® series to the Hylton Performing Arts Center in Manassas on Friday, Feb. 1, 2013 at 8 p.m. This performance is Family Friendly: tickets for youth grades 12 and under are half price when accompanied by an adult. A pre-performance discussion, free to ticket holders, begins 45 minutes prior to the performance in the Hylton Center’s Buchanan Partners Art Gallery. Prince William Hospital is the 2012-2013 Hylton Presents Season Sponsor. Steinway Piano Gallery of Washington, D.C. is the 2012-2013 Sponsor of Keyboard Conversations® at the Hylton Performing Arts Center.

Siegel has spent the last four decades providing illuminating and witty insight into the lives and works of some of the world’s most brilliant composers. Titled “The Greatness of Chopin,” this “concert with commentary” features Chopin’s heroic Polonaises, dreamy Nocturnes, dynamic Scherzos and much more.

Siegel created Keyboard Conversations® more than 40 years ago to help audiences gain a richer understanding and appreciation for piano and classical music. He has developed a following among both classical music enthusiasts and newcomers, and his ongoing series flourish in numerous cities across the United States, including New York, Chicago, Philadelphia, Cleveland, Phoenix, Minneapolis/St. Paul, Dallas, Denver and Washington, D.C. He has also been invited to appear as a soloist with some of the world’s greatest orchestras, including the Berlin Philharmonic, London Symphony, Moscow State Symphony, Orchestra of La Scala, New York Philharmonic, Los Angeles Philharmonic and Boston Symphony Orchestra, among others. Siegel has been interviewed by Dr. Mehmet Oz and Dr. Michael Roizen on the “Dr. Oz Show” on Oprah Radio, and was the subject of “Keyboard Conversations® ~ Piano Treasures,” a one-hour television special produced by Time Life for PBS. Random House Audio Publishing Group has also released an audiobook series of four Keyboard Conversations CDs: “Mozart and Friends,” “The Power and Passion of Beethoven,” “The Romanticism of the Russian Soul” and “The Romance of the Piano” that are available at RandomHouse.com and Amazon.com, for download on iTunes and at booksellers across the country.

PLEASE NOTE: Keyboard Conversations® with Jeffrey Siegel also appears at George Mason University’s Center for the Arts in Fairfax with “Schubert in the Age of the Sound-Byte” on Sunday, Feb. 24, 2013 at 7 p.m.; and “Listen to the Dance” on Sunday, April 14, 2013 at 7 p.m. Please visit cfa.gmu.edu for more information.

Tickets for KEYBOARD CONVERSATIONS® WITH JEFFREY SIEGEL are $22, $30 and $38. Family Friendly: youth through grade 12 half price when accompanied by an adult. Visit the box office (open Tuesday-Saturday 10 a.m. to 6 p.m., Thursday 10 a.m. to 8 p.m.) or charge by phone at 888-945-2468 or visit HyltonCenter.org. The Hylton Performing Arts Center is located on George Mason University’s Prince William Campus at 10960 George Mason Circle, Manassas, Va., 20110. FREE parking is available in the lot next to the Hylton Center. For more information, please visit HyltonCenter.org. Like us on Facebook at Facebook.com/HyltonCenter and follow us on Twitter at @Hylton_PAC.