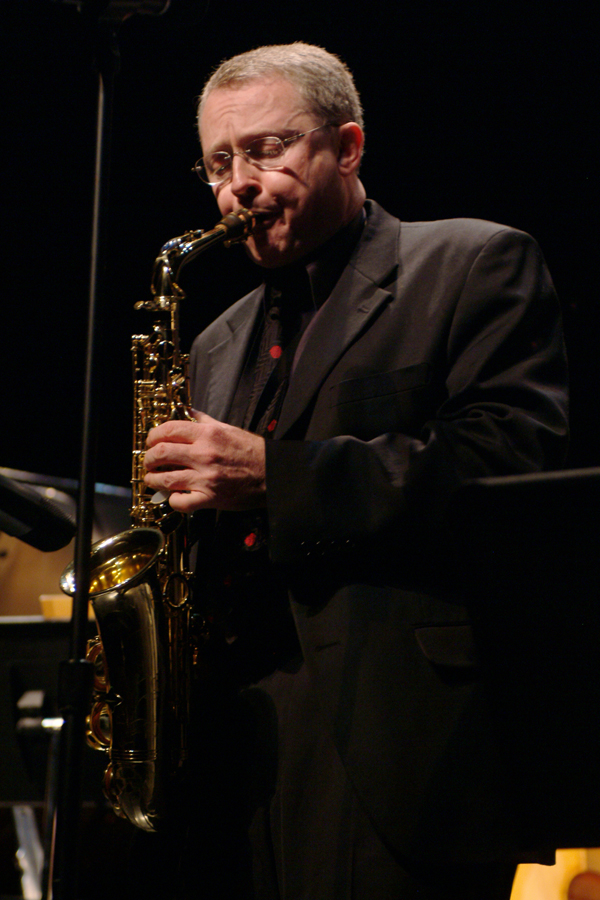 MANASSAS, Va., Aug. 20, 2013 – Metropolitan Jazz Orchestra, a spectacular ensemble that brings together some of the most talented jazz musicians from the greater Washington, D.C. area, teams up with acclaimed Cuban jazz pianist Chuchito Valdés for a concert of lush Latin music at the Hylton Performing Arts Center in Manassas on Saturday, Oct. 19, 2013 at 8 p.m. A pre-performance discussion, free to ticket holders, begins 45 minutes prior to the performance in the Hylton Center’s Buchanan Partners Art Gallery. Novant Health is the 2013-2014 Hylton Presents Season Sponsor.

Titled “Latin Nights,” this spicy concert transports audiences to the hot, sultry nights of our southern neighbors with the sizzling sounds of Latin jazz. The program includes special arrangements from The Tropicana, the legendary Havana cabaret and club of which Chuchito Valdés is now musical director.

Born and raised in Havana, Cuba, Jesus “Chuchito” Valdés, Jr. is the third generation in a Cuban jazz piano dynasty that includes his father, Chucho Valdés, and his grandfather, the late Bebo Valdés—who were the two preceding musical directors of The Tropicana. The eldest of five siblings, Chuchito Valdés was a musical prodigy, graduating from La Escuela de Musica Ignacio Cervantes. As a young man, he worked with Cuban singer and trumpeter Bobby Carcasses, as well as singers Pello El Afrokán and Anibel Lopes. In the 1980s, Valdés became a member of the Cuban jazz combo Sonido Contemporaneo before taking his father’s spot in the renowned ensemble Irakere when the elder Valdés left the band to pursue a solo career. The younger Valdés later formed his own Afro-Cuban jazz band and released his debut album, “Encantado,” in 2002. Among his subsequent albums are 2007’s “Keys of Latin Jazz,” 2010’s “Cuban Dreams” and “Prince of Latin Jazz,” 2011’s “Viva El Sonido Cubano” and 2012’s “Chuchito Valdés: Live in Chicago” and “Piano & Charango” (with Eddy Navia), which were all nominated for Latin Grammy Awards. Valdés resides in Cancun, Mexico, and frequently performs in legendary jazz clubs across the United States and Canada.

In addition to serving as director of the Metropolitan Jazz Orchestra, Jim Carroll’s illustrious career includes performances at Carnegie Hall, the White House, the Kennedy Center, Royal Albert Hall and the Apollo Theatre. A versatile performer and alto sax virtuoso, Carroll has performed with Michael Jackson, Nancy Wilson, Maynard Ferguson, Billy Taylor, Woody Herman and His Thundering Herd, the Smithsonian Jazz Masterworks Orchestra and many others. Active as an educator, Carroll is the director of Jazz Studies in the School of Music at George Mason University.

Please note: The Metropolitan Jazz Orchestra will also appear with vocalist Steve Lippia in a program titled “Simply Swingin’ with Sinatra and Friends” at George Mason University’s Center for the Arts in Fairfax on Saturday, Feb. 8, 2014 at 8 p.m. Please visit cfa.gmu.edu for further information about this performance.

at the Hylton Performing Arts Center

Tickets for METROPOLITAN JAZZ ORCHESTRA’S “LATIN NIGHTS” with CHUCHITO VALDÉS are $44, $36 and $28. Family Friendly: recommended for younger audiences. Youth Discount: tickets are half price for youth through grade 12. Visit the box office (open Tuesday-Saturday 10 a.m. to 6 p.m., Thursday 10 a.m. to 8 p.m.) or charge by phone at 888-945-2468 or visit HyltonCenter.org. The Hylton Performing Arts Center is located on George Mason University’s Prince William Campus at 10960 George Mason Circle, Manassas, Va., 20110. FREE parking is available in the lot next to the Hylton Center. For more information, please visit HyltonCenter.org. Like us on Facebook at Facebook.com/HyltonCenter and follow us on Twitter at @Hylton_PAC.

For Press Releases
Information contained on this page is provided by an independent third-party content provider. Prince William Living Inc. and it’s staff make no warranties or representations in connection therewith. If you have any questions or comments about this page please contact info@princewilliamliving.com