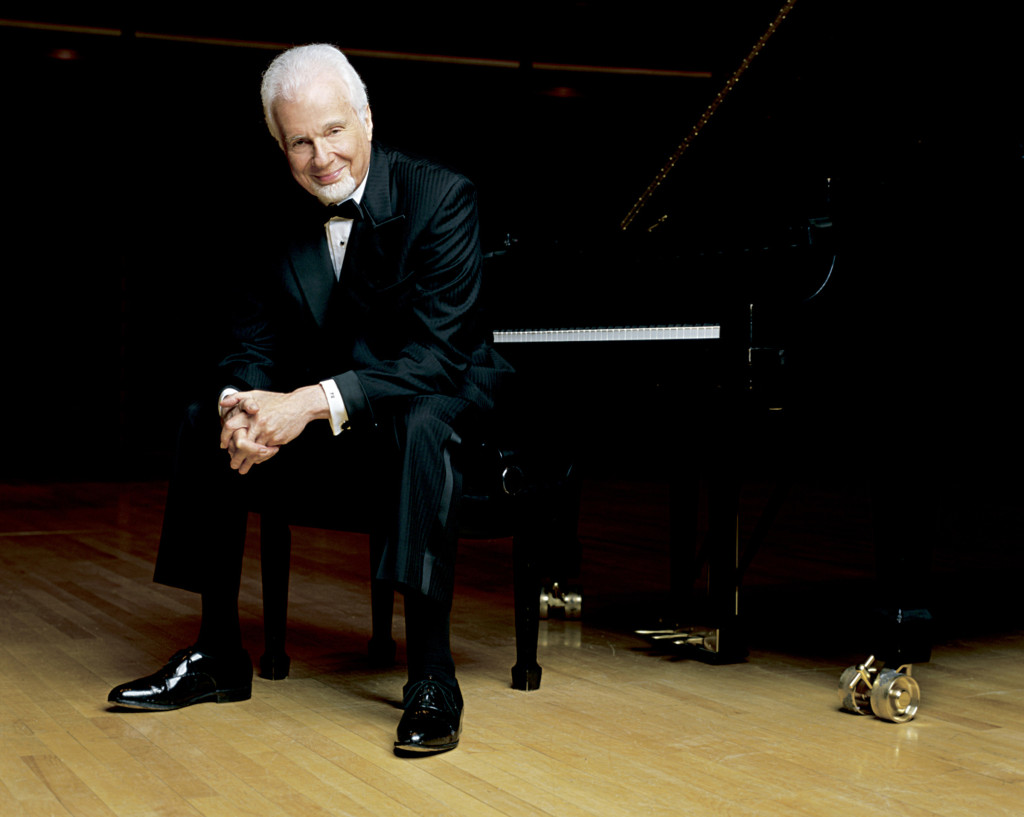 MANASSAS, Va., July 8, 2013 – The Hylton Performing Arts Center in Manassas opens its 2013-2014 Hylton Presents season with legendary pianist, conductor and two-time Grammy Award winner Peter Nero, who presents a delightful and captivating fusion of popular favorites and great classical works in his first visit to the Hylton Center on Saturday, Sept. 21, 2013 at 8 p.m. A pre-performance discussion, free to ticket holders, begins 45 minutes prior to the performance in the Hylton Center’s Buchanan Partners Art Gallery. Novant Health is the 2013-2014 Hylton Presents Season Sponsor.

Joined by jazz bassist Michael Barnett, Nero presents a program called “Classic Connections,” in which he blends Sondheim’s “Send in the Clowns” with Chopin; reworks a medley of Cole Porter songs, such as “Love for Sale” and “It’s Alright with Me,” with influences of Beethoven; and performs songs from Andrew Lloyd Webber’s beloved musicals with a twist of Puccini and Ravel in “Memory”/“Un Bel Di” and “Phantom Phantasy.” Nero released an album in 1991, also titled “Classic Connections,” featuring some of the fascinating and original musical combinations featured on the program at the Hylton Center.

Hailed as “the epitome of the pops conductor/performer,” by The Washington Post, Brooklyn-born Peter Nero began his formal musical training at age 7 and was accepted to New York City’s prestigious High School of Music and Art; shortly after, he won a scholarship to study at the Juilliard School of Music. Nero released his debut album in 1961 and won the Grammy Award for “Best New Artist” that same year. In the following years, he has released more than 65 albums, and received another Grammy Award and garnered an additional 10 Grammy nominations. He has collaborated with the likes of Mel Tormé, Maureen McGovern, Doc Severinsen, Rod Stewart and many others. In addition to his Grammy Awards and nominations, Nero has earned countless accolades, including a Golden Globe nomination and a Hollywood Reporter Award for his score to the movie “Sunday in New York,” a million-selling gold single and album for “Summer of ’42,” several honorary doctorates, a Lifetime Achievement Award and inductions into the walk-of-fames for Philadelphia and Miami.

The founding musical director of Peter Nero and the Philly Pops®, Nero led the celebrated ensemble in performances since 1979, delighting audiences of all ages with its unrivaled blend of popular classics and favorites in the genres of big band, Broadway, jazz, classical, swing and rock ‘n’ roll. He left the Philly Pops after the conclusion of the 2012-2013 season, his 34th with the orchestra. He will continue to guest conduct the Philly Pops, as well as make guest appearances with several leading American orchestras, including the Columbus Symphony Orchestra and the San Diego Symphony in the 2013-2014 season.

Tickets for PETER NERO are $60, $52 and $44. Family Friendly: recommended for younger audiences. Youth Discount: tickets are half price for youth through grade 12. Visit the box office (open Tuesday-Saturday 10 a.m. to 6 p.m., Thursday 10 a.m. to 8 p.m.) or charge by phone at 888-945-2468 or visit HyltonCenter.org. The Hylton Performing Arts Center is located on George Mason University’s Prince William Campus at 10960 George Mason Circle, Manassas, Va., 20110. FREE parking is available in the lot next to the Hylton Center. For more information, please visit HyltonCenter.org. Like us on Facebook at Facebook.com/HyltonCenter and follow us on Twitter at @Hylton_PAC.